14 Essential Tips for First-Timers in Barcelona 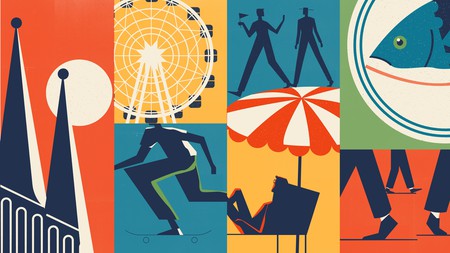 A cosmopolitan city set along the coastline of the Mediterranean Sea, Barcelona is a celebration of urban design, gastronomy, diversity, nightlife and beachside living – all of which are packed between two mountains, Montjuïc and the looming Tibidabo. Often, there is so much happening in this city of nearly 2 million that it feels much larger than it is. Here are some tips to help you get a grasp on how to make the most of Spain’s second city.

Barcelona is considered one of the world’s most walkable cities thanks to the prescient street-gridding system engineered by Ildefons Cerdà in the late 19th century, so much of the Catalan capital can be explored by foot, not just the historic centre. The barrios of Gràcia, Poble Sec, Eixample and Poblenou, to name a few, can all be easily discovered by having a walkabout the town. Of course, on the narrow roads of Barcelona’s Gothic Quarter, there are few options besides walking, as cars and buses are not suitable for seeing its most iconic parts. 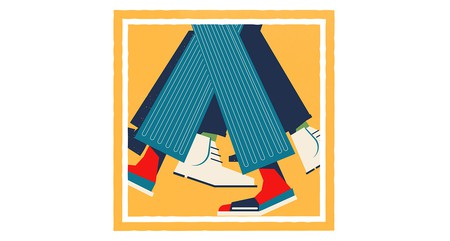 Barcelona is best known for architectural masterpieces created by its favourite son, Antoni Gaudí, who pioneered a style that combines standard geometry with biomimicry – the art of reflecting nature in man-made structures. Take a closer look at the facade of the Sagrada Família, for example, and you’ll notice a lizard where you would not expect one. Trace your eyes up its soaring spires, and there is fruit.

Yet, while Gaudí gets the spotlight, Barcelona is also brimming with captivating Modernist designs from the late 20th century. While some of these monuments are clearly marked, other more anonymous masterpieces need to be scouted out. However, in Barcelona, discovering architectural brilliance is more of a case study in observation. Ornate facades with intricate carvings and colours are often hidden in plain sight, so be sure to keep your eyes open as you explore the city and remember to look up, and often.

Barcelona is the capital of Catalonia, an autonomous region of Spain. Catalonia held an independence referendum in 2017 that was declared illegal by Madrid, resulting in the arrest of senior Catalan officials and the exile of its former president. In recent years, identity politics has surged and can be intimately felt across the streets of Barcelona. There are flags and protest signs draped over balconies almost anywhere you look – most have something to do with the failed independence movement or the call to release political prisoners. These colours and slogans offer a constant reminder that this is a very different part of Spain (if you want to call it that at all). When meeting people here, it is equally important to keep this in mind, lest you accidentally offend someone’s (at times strong) political identity.

In Barcelona, it feels like the pulsating rhythm of music is always in the air. Whether you are after a classical symphony at the Palau de la Música Catalana or electronic beats at Sónar, there is sure to be something taking place. Attending a concert, DJ set or even one of the city’s world-famous music festivals is a great way to experience Barcelona and rub shoulders with some of its residents. The spring and summer are the best times for open-air events such as the Barcelona Jazz Festival, Brunch in the Park, Cruïlla and Primavera Sound, but during the cooler months, you’ll find great line-ups at Barcelona’s many nightclubs.

You read that right. While many associate Spain with sangria, this isn’t the typical choice in Barcelona. Indeed, many tourist traps like to serve sangria oversaturated with sugar to mask the taste of the cheap wine used to make it. Instead, for an aperitif, it’s better to order a glass of vermouth, a fortified wine often made on the premises (called casera) in Barcelona. Alternatively, try a glass of gin, which the Catalans are intuitively creative at making, or cava, the local sparkling wine made with the same stringent process as champagne. 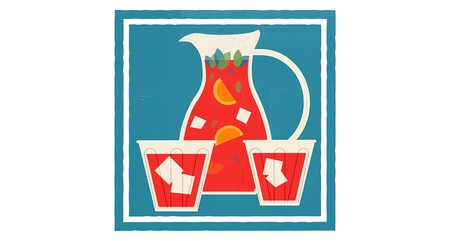 Catalonia is officially a part of Spain, and Spanish is spoken widely in Barcelona. However, Catalan is the preferred language of residents and the autonomous government. Therefore, grocery stores and street names are all spelled out in Catalan, not Spanish, and people will tend to greet each other in this language. Learning a few simple phrases of Catalan, including bon dia (hello), merci (thank you) and adéu (goodbye), are easy to add to your repertoire. Using a little Catalan when making purchases will likely place a big smile on the vendor’s face.

Unfortunately, Barcelona still struggles with a pickpocketing problem, and thieves primarily target travellers. Avoid having to visit the police station by keeping your belongings in a closed bag and always having them within sight, especially while travelling on the metro. Also, avoid placing your mobile phone or wallet on the table when you’re sitting outside at a restaurant or bar.

Run for the hills

Every city has a spot from which to view the immensity of its surroundings, and in Barcelona, the best place is the Bunkers del Carmel, a former military compound located next to Park Güell. Alternatively, you can make a trip to the top of Tibidabo, where Barcelona and the Mediterranean are visible at a greater distance. For the best close-up view of the city, head to Montjuïc, which is more easily accessible, within close walking distance of the city centre and home to some beautiful parks and gardens with pleasant vistas of the city.

Go for a tour

Joining a walking tour in Barcelona’s old city – or Ciutat Vella as it is known in Catalan – is a great way to become familiar with the city and its history. There are many excellent guides giving tours for all three parts of Ciutat Vella: Gothic, Raval and El Born. Some historical tours provide a wealth of information on Barcelona, focussing on the transformative period of the city during the Spanish Civil War. Some tours will also take you through one of the city’s famous fresh food markets and teach you how to cook your own Spanish dishes afterwards.

Look for taxis, not Uber

The popular ride-sharing application and all similar competitors have been banned in Barcelona. Instead, taxi services are connected to ride-hailing apps, which will order you a metered taxi. Some popular services are Free Now (formerly My Taxi) and Cabify, which have stopped acting as third-party platforms in the city in order to comply with local regulations.

With a T10 ticket, you can transfer between bus, tram and metro, and it will only deduct one trip from your card – so long as your journey is no longer than one hour and 15 minutes. The Barcelona Metro is reliable and frequent, and when compared to public transport in most major cities, the service provides very good value for money.

Don’t feel the need to tip

Unless you receive exceptional service and feel it’s necessary, there’s no obligation to tip in Barcelona. This goes for taxi drivers, bartenders, servers, hairstylists, etc. If you do want to leave something, a few coins from your change will do. 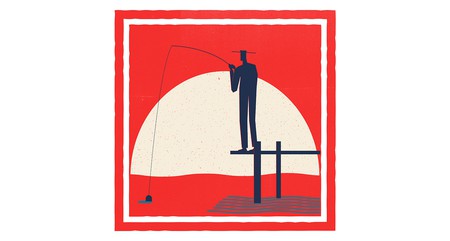 As is to be expected on the Mediterranean, there are plenty of excellent seafood restaurants in Barcelona, which serve a range of local classics – such as paella con mariscos – and traditional dishes, including lobster, oysters, mussels and clams. In particular, there are two seafood icons of the city, 7 Portes and Botafumeiro, which Beyoncé visited in early 2019 (and, yes, made headlines in Spain for putting ketchup on her paella). Luckily, you can sample a lot of seafood without breaking the bank by visiting tapas bars across the city.

Look past the most popular sites

There is a lot more going for Barcelona beyond La Rambla and the Sagrada Família. The neighbourhoods of Sants or Poblenou, for example, have much to offer, from authentic bodegas to cool art projects. What can be said for neighbourhoods can also be said for the beaches – leave the crowded madness of Barceloneta for beaches farther north, which are always worth the extra time.

This article is an updated version of a story created by Tara Jessop.