You're Only a Barcelona Expert If You've Done These 17 Things 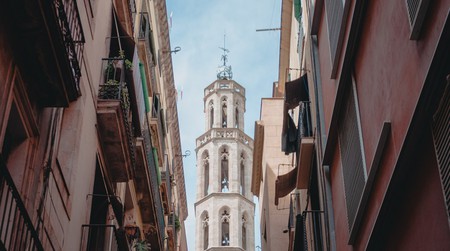 It seems everyone you know has been to Barcelona at least once in their lifetime, and it’s easy to understand why given the abundance of great architecture, food, sports and shopping the city boasts. However, only true local experts will be able to lay claim to these Barcelona bucket-list experiences.

Beat the crowds at the Boquería market

If the Boquería market is Barcelona’s most famous fresh food market, it’s also hands down the most crowded. By midday the lanes are filled with tourists eager to snap a picture of its mouth-watering stalls. However locals know that the best time to get your shopping and beat the crowds is first thing in the morning just as the gates are opening. 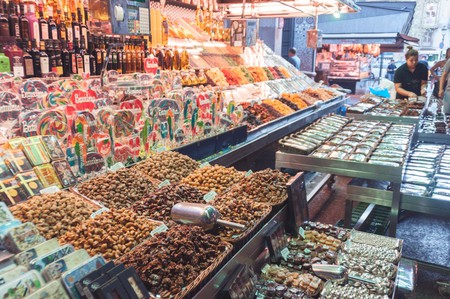 Danced the night away at the Festa Major de Gràcia

Every August the cool neighbourhood of Gracià comes to life for one of the most highly anticipated celebrations of the local cultural calendar: the Festa Major. This week long street party sees neighbours decorate their streets and host public feasts while local bands play music late into the night. 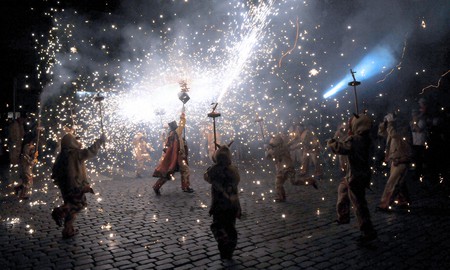 Bought cakes from the Escribà patisserie

Located on La Rambla, the Escribà patisserie is one of the oldest and most revered cake shops in Barcelona. Their window displays are enough to make anyone drool with envy – piled high with heavenly delights such as fruit tarts, gooey pastries and exquisite chocolates. 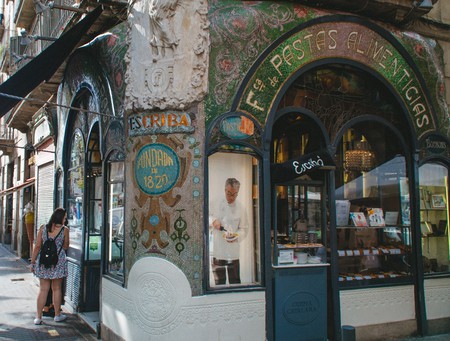 Watched an FC Barcelona match… at the bar

Camp Nou stadium may be the largest stadium in Europe – with a whopping 99,300 person capacity – but it’s rarely filled with locals. Put off by the expensive ticket price, Barcelona fans tend to watch the game at home or in their favourite bar. Most places set up TV screens on the outside so that clients can watch the game from the terrace and it’s not uncommon to see the crowd spill over into the street as the tension builds. 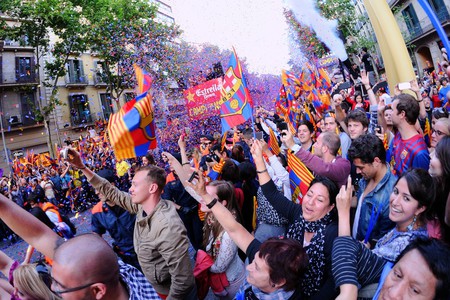 With 14 a year in total, Spain has nearly twice the number of public Bank Holidays as the UK, but not all are celebrated nationwide. At least two of these dates are fixed on a local level – so local, in fact, that Barcelona has its very own celebration on September 24 each year to commemorate its patron saint.

Enjoyed a calçotada on the public square

Somewhere between a spring onion and a leek, the calçot is a veritable delicacy for which the Catalans go crazy each year during the winter months when the allium comes into season. While they are served in restaurants, the authentic way to enjoy a calçot is at a large gathering known as calçotda where they are grilled over an open fire before being dipped into a rich sauce known as romesco. 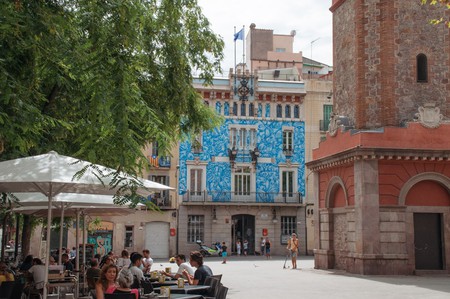 Bought a caganer for Christmas

One of the most curious features of the Christmas celebrations in Catalonia, the caganer is none other than a small figurine of a man having a poop. Its meaning is somewhat unclear – perhaps representing the equality of all men in front of nature – but its necessary presence in any true Catalan nativity scene is unequivocal.

Another remarkable feature of the Catalan culture, castellers are men, women and children who together build formidable human pyramids which can reach up to 10 people in height. The bravest participants are often the youngest, who climb to the very top of the castell, or castle. 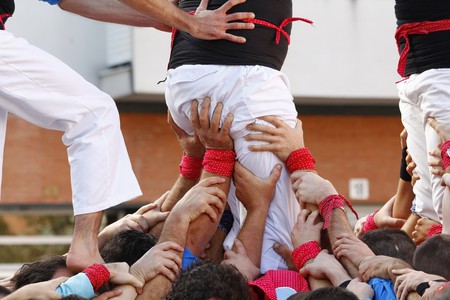 Shopped at the Corte Inglés… on Av. Diagonal

The Corte Inglés is Spain’s answer to the British concept of a department store – no surprise then that its name means ‘the English Court’. While the Corte Inglés on the main square of Plaça Catalunya in the city centre is always busy, locals know to shop at the store on the Avenida Diagonal to avoid the crowds of tourists.

Avoided La Rambla on your way to somewhere else

Let’s face it. La Rambla has had its heyday and aside from a few remaining historic buildings, there’s not much there you’d want to spend time or money on. So unless you’re going to the Liceu Theatre or nipping over to the Decathlon down the side street, you’ve probably tried cutting out La Rambla from your route into town at least a few times. 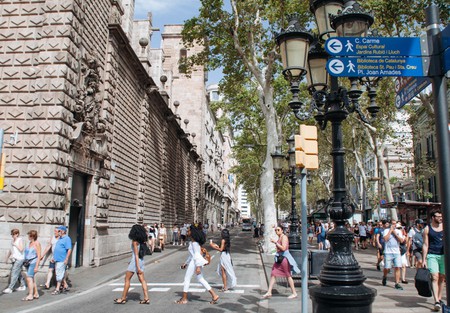 Enjoyed a vermouth in Sant Antoni on a Sunday

While vermouth has always been served as an aperitif in Spain, it is undergoing a veritable revival in Barcelona where the city’s young and hip gather on a Sunday for a glass or two with friends. The trendy neighbourhood of Sant Antoni is one of the most popular places to enjoy a vermuteo on Sunday afternoon thanks to the many hip bars and authentic bodegas standing side by side.

Hiked to the top of Tibidabo mountain

Dominating the horizon of Barcelona, Tibidabo is the most remarkable of Barcelona’s surrounding hills. It’s easy to spot it thanks to the church which is perched atop it alongside the rides of the Tibidabo amusement park. The walk up from the neighbourhood of Sant Gervasi through the winding roads and dirt tracks which lead to the top can sometimes be steep, but the reward is the most spectacular panoramic view of the city. 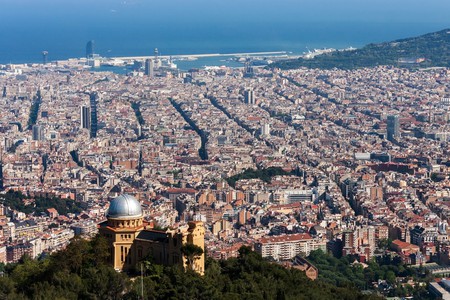 Complained about ‘tourists’ at least once

That’s right. You might be a recent resident, or you might still technically be a tourist yourself – either way, if you’ve spent enough time in the city then you’ve probably caught yourself complaining about ‘tourists’ on at least one occasion. If it’s not the rising prices of rent, it’s the deterioration of the city’s social fabric and cultural authenticity. In any case, it’s something.

Gone to the Bogatell beach not the Barceloneta beach

While having a beach on the very doorstep of the city centre is in part what makes Barcelona such an amazing city to love in, it also makes for an extremely crowded beach in the summer months. Most locals wouldn’t be caught dead sunbathing on the Barceloneta beach, preferring to leave that one to the tourists and going slightly north to the Bogatell beach which is much more relaxed. 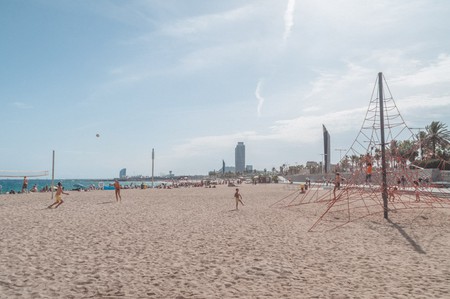 Had brunch at 3pm

There are two things to know about brunch in Barcelona: 1) it’s massive, and 2) it’s not really brunch. Enamoured with the idea of Instagram-ready food shots featuring juicy avocado and fluffy pancakes, local trendsetters have taken to brunch hard. But no one thinks that should mean having to get out of bed any earlier than you would do at the weekend. Brunch can be anytime from 12pm to late afternoon if you’re feeling particularly lazy.dd

So spectacular is the view from the municipal pool on Montjuïc hill that Kylie Minogue featured it in one of her music videos. Designed for the 1992 Barcelona Olympic Games, the pool is now open to the public during July and August with access costing just €6 per person.

This street in Barcelona’s Gothic Quarter is famous for being home to some of the best spots for churros – a long, thin doughnut treat – with rich hot chocolate. This is a favourite snack among those living in Barcelona, and mentioning a trip to Petrixol street is likely to get an enthusiastic response and some fond childhood memories from any local. 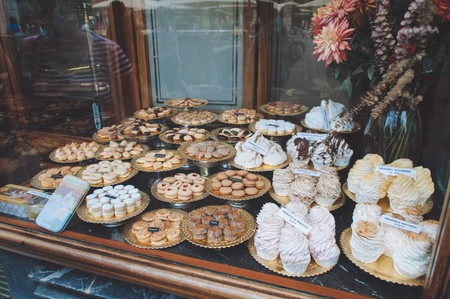