Located in between the Gothic Quarter and the Ciutadella Park, El Born is one of Barcelona‘s trendiest and most popular neighborhoods. Home to some of the oldest buildings in the city, it is not only one of the most historic areas of Barcelona but also one of its liveliest. Popular with tourists and the local international community, it’s famous for its bo-ho feel and artistic edge as well as its great tapas bars and trendy bistros.

A Bit Of Background History

Originally a settlement on the outskirts of the old walled city, the Born was incorporated into the city of Barcelona when the walls were extended in the 15th century. Many of the early inhabitants were fishermen and dockworkers, but as time passed, noblemen and rich merchants began to construct houses there, and the neighborhood’s social fabric took on a new dimension. The popular ‘Passeig del Born‘ was once the center of life in the neighborhood, home to market traders as well as street entertainers and day workers. 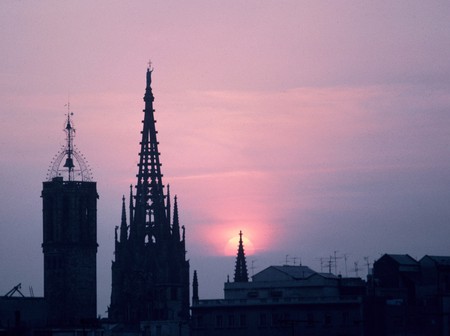 One common misconception is that the Born refers to the entire area which stretches from the Barceloneta to the Palau de la Musica. In fact, El Born has historically only been the lower part of a wider neighborhood known as La Ribera, although today the name is scarcely used. This evolution no doubt has something to do with the popularity of the area itself, which in recent years has attracted a growing number of foreign residents and has made a name for itself with its thriving artisan and artistic communities.

One of the best places to start a tour of El Born is the Born Centre de Cultura i Memòria – an archaeological museum housed inside a former 19th-century market. It was only when plans were underway to convert the disused Mercado del Born that historic remnants of the city were uncovered and are today accessible free of charge to the public. 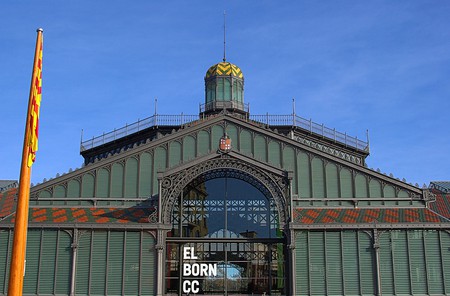 From there, a stroll up the Passeig del Born leads you to the heart of the neighborhood and one of the best places in Barcelona for independent designer and artisan shopping. There are a number of small workshops, designer studios, and independent boutiques all along the backstreets, such as the Carrer del Flassaders or the Carrer de l’Esparteria. While allowing yourself to get lost in the streets of El Born, be sure to make a stop at the Basilica of Santa Maria del Mar, a 10th-century church and fine example of Catalan Gothic architecture.

Farther out, the Mercat de Sant Caterina is a lively fresh food market which sells all the classic Spanish delicacies, from jamón Iberico to local specialties such as arbequina olives. Finally, as you reach the top end of El Born, you’ll encounter one of Barcelona’s most stunning Modernist marvels, the Palau de la Música Catalana. This opera house and concert hall was designed by the Catalan architect Lluis Domenech i Montaner and is as impressive on the outside as it is on the inside. 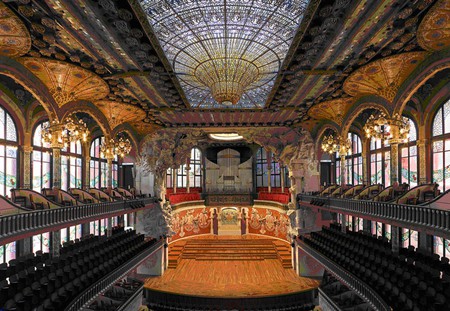 There are a number of great eateries in El Born ranging from traditional bodegas to modern bistros. The Bormuth is a popular tapas restaurant and bar which attracts both locals and tourists and usually has a lively vibe. One of the most popular Asian restaurants in Barcelona – Mosquito – specializes in steamed dumplings and artisan beers, while its sister restaurant, Red Ant, serves some of the best noodle dishes in town. Bar Brutal is a trendy tapas restaurant and wine bar which specializes in natural wine and always has a great buzz in the evenings. 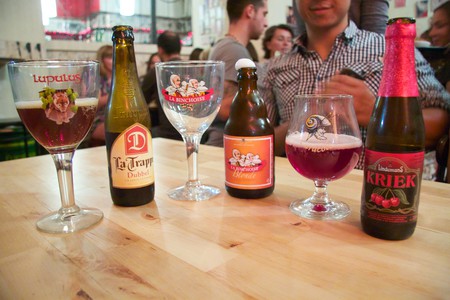 A selection of artisan beers at Mosquito | © irene.

For something a little more sophisticated, try Ten’s Tapas, the project of rising star Catalan chef Jordi Cruz, which serves an impressive selection of modern takes on great Spanish classics. Finally, the Set Portes is one of Barcelona’s oldest restaurants with a long history of attracting some of the city’s most refined diners. Open since the early 19th century, it is famous for its seafood dishes as well as its traditional paella and arroz.

The Born is a great place to stay if you like being at the very heart of the action; however, during the summer months, expect the streets to be very crowded. One of Barcelona’s most iconic hotels, the five-star Grand Hotel Central, is located on the Via Laietana and offers great access to the Born, the Gothic Quarter, and the popular Portal de l’Angèl shopping area. On the other hand, the K+K Picasso Hotel is located on the edge of El Born, facing the popular Park de la Ciutadella and offers a quieter setting from which to enjoy the local environment. Finally, the Mercer House Boria BCN is a stylish boutique hotel with a modern, designer feel located just off the popular Carrer de la Princessa. 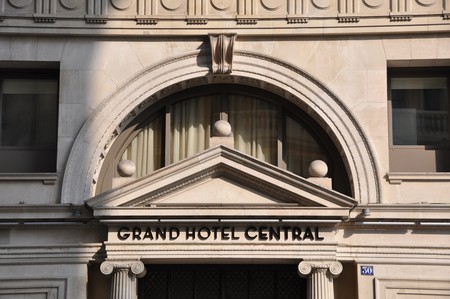 The Grand Hotel Central | © Josep Bracons
Give us feedback