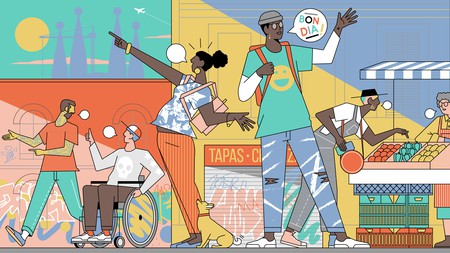 Even if you have a decent grasp of Spanish, you’ll want to add these Catalan phrases to your repertoire to really impress in Barcelona.

One of the four official languages of Spain, Catalan is spoken in various dialects across Catalunya, Valencia and the Balearic Islands. Given the geographic origin of Catalan, which occupies a large Mediterranean area and a portion of the Iberian peninsula that rubs shoulders with France, the language shares many similar words with other romantic languages, including Italian, French and Portuguese. Here are 20 essential Catalan phrases that will help you get around the city and make friends with the locals when visiting Barcelona. 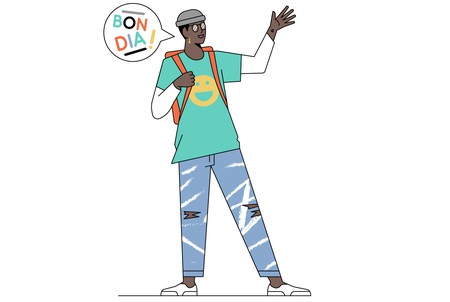 The official greeting in Catalan is bon dia – though note that this is not the most common salutation but is still largely appreciated. If you can’t quite remember the phrase, more often than not, a simple hola will suffice and go a long way when it comes to getting off on the right foot with the local people.

The official Catalan word for ‘thank you’ is graciès (grah-see-ahs), but here in Barcelona, you’ll also hear people saying merci. Catalan has a lot in common with French – just look at the huge border Catalunya shares with France – and in this case, the words are identical.

Another shared phrase, de res is linked to de rien in French. The phrase translates as ‘of nothing’, which is also the same meaning of de nada in Spanish. Saying de res after purchasing something in Barcelona will really show off your courteous side.

You can say adios to using adios. In Barcelona, it doesn’t matter whether people are speaking Spanish (Castellano) or Catalan because when it comes to saying goodbye, everybody here says adéu.

Another expression that shows similarities with French is si us plau, which means ‘if you please’ and is often pronounced nearly as one word: syousplow. The French version of this phrase would be, of course, s’il vous plaît, which is often seen in English as part of the acronym RSVP. 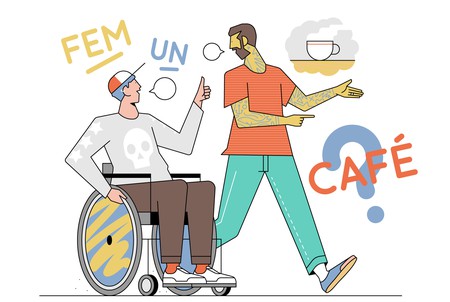 A very common way for Catalans to ask someone to grab a coffee is to say fem un café? Alternatively, you can use fotem un café to ask someone to coffee if you do not know them very well or if the relationship is more business than casual. First thing in the morning, after lunch or as a quick fix when you get home from a long day at the office, the Catalans love a good coffee.

This phrase is the traditional way to say ‘cheers’ in Catalunya before drinking your alcoholic poison of choice. If a Catalan tells you salut i força al canut, they are not just wishing you good health (salut being the same as salud in Spanish) but also calling for greater força (‘strength’) to come to your wallet. The origin of this phrase can be traced back to the Middle Ages when Catalans used a canut, a type of leather money bag for holding coins.

When someone has really messed something up, when their plans have been foiled or when things just didn’t pan out, you can tell them has begut oli. Meaning ‘you have drunk oil’, this expression is usually used by Catalans to tell someone ‘you have failed.’ It serves to describe a sense of grave disappointment.

One of the most curious Catalan expressions, déu n’hi do is used almost exclusively in Catalunya, although few people know its precise origin. Meaning something along the lines of ‘God gave it’, the phrase is actually used to express amazement and can be translated as ‘wow’ or ‘amazing’. 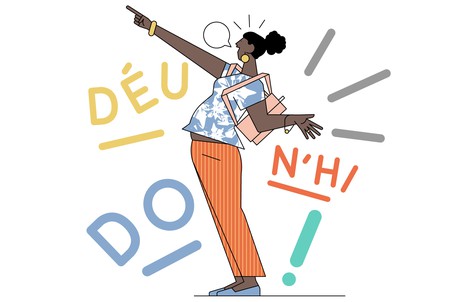 If you hear a person tell you s’ha acabat el bròquil (meaning ‘there’s no more broccoli’), it’s got nothing to do with your diet. Instead, they’re more likely to be calling someone out on their deceptive mischief, as it is used as an expression to say something similar to English idioms ‘the gig is up’ or ‘the show is over’.

A clear sign that someone has had enough of your company, aneu a escampar la boira means ‘go escape the fog’, but can better be understood as ‘leave me alone.’ There are no two ways about it – if a Catalan does not want to have anything more to do with someone else, then this is what you’ll hear. 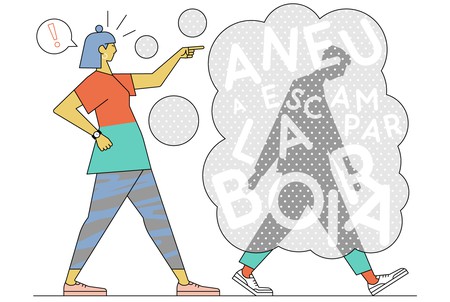 Translated as ‘four cats’, quatre gats is a common way of saying there are ‘few people’, as in ‘there were only four cats at the party last night’. It’s also the name of a famous café in Barcelona – a popular hang-out among members of the city’s 20th-century literary and artistic society, similar to Le Chat Noir in Paris. 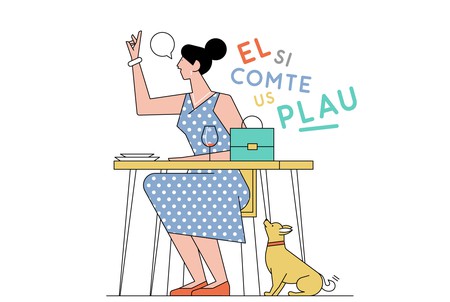 At the restaurant / Bar

Wishing fellow diners a good meal is second nature here. Catalans often wish a friendly bon profit to anyone who is eating – even strangers. Everyone deserves a good meal, and this is something that is equally acknowledged and celebrated in a foodie culture like that of Barcelona.

While Spanish is widely spoken, and Catalan isn’t expected to be spoken by foreigners visiting Barcelona, using a few phrases when dining in Catalan-owned establishments would be met with great respect – and utter surprise. During the week, many Catalan bar-restaurant combos serve a worker’s lunch menu or menú del día, which is a good value for money and usually includes three courses and a drink.

Now it is time to combine some phrases you have already learned above. By asking nicely for el comte, or ‘the count’, visitors can call the waiter for the bill, which is similar to both Spanish and French. Alternatively, since service can be notoriously slow in Barcelona, you can also make a gesture that you wish to sign a bill, signalling the waiter to close your check.

Once again, while most people at the markets in Barcelona will speak Spanish, being able to ask about different products will be useful because all labelling is in Catalan. This includes meats, vegetables and fruits – and they often do not bear any similarity in writing to Spanish. Of course, you could always guess, but it is better to ask.

Quant costa això? (kwant coh-sta ay-shoh) / How much does this cost?

At the market, many items are sold by weight, so you’ll need to be specific when asking about their cost. In many cases, the price shown is for 100 grams (3.5 ounces), and the stall owner will weigh vegetables, meat and fish without any problem so long as they haven’t been cut to order. 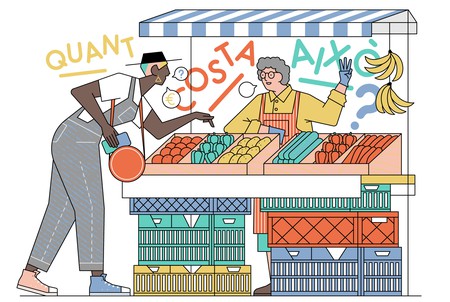 While most people speak Spanish, you never want to assume they speak English. Asking them politely in Catalan if they can speak English is one way not only to find out but also make friends. Catalans love to hear foreigners try out their language, even if it’s just a simple sentence. That being said, a lot of people speak at least a few words of English in the city, especially the younger generations and those working with tourists.

Catalans love their fiesta. Local people here love relaxing over a cool drink even more. Having a drink with friends is a common pastime in Barcelona, and you’ll find that the terraces of bars and restaurants fill up quickly during any time of the year, afternoon or night.

You’ll see these directional words used on certain maps across Barcelona, where most street signs are in Catalan (even the word ‘street’ is carrer here, not calle, as in Spanish). For example, the area between Sants and Sant Antoni is called the Nova esquerra de l’Eixample or the ‘New left of the extension’. This district is also known as L’Eixample, which means ‘the extension’ and refers to the extension of Barcelona in the 19th century.

This article is an updated version of a story created by Tara Jessop.