The History Of Tibidabo Amusement Park In 1 Minute 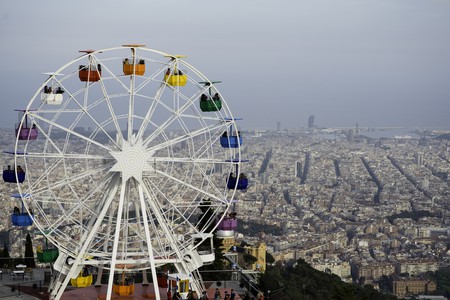 One of the many peaks to dominate the skyline around the city of Barcelona, Tibidabo is the name of the tallest mountain in the Collserola mountain range. Visible from nearly anywhere in the city, Tibidabo is easily recognisable not just for its height, but for the iconic combination of the Sagrat Cor (or Sacred Heart) church and the multi-colored ferris wheel of the Tibidabo Amusement Park which sits at the top.

The Tibidabo amusement park is the oldest functioning amusement park in Spain, and one of the oldest in the world. It spreads across some seven hectares and is home to two roller coasters, a water ride as well as bumper-cars and many other traditional fairground rides. The park was the idea and project of the pharmaceutical entrepreneur Salvador Andrey who decided to invest in the urban development of Tibidabo mountain, and planned for the creation of a funicular, tram line and amusement park at the very top. 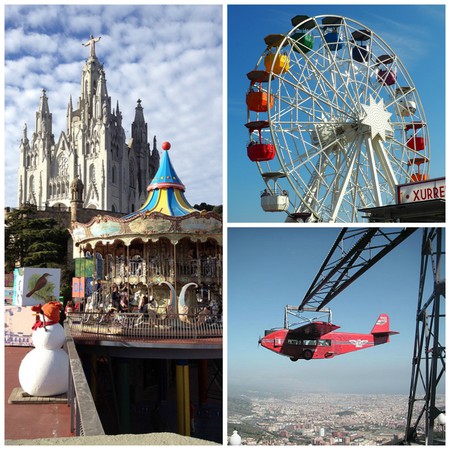 Construction began in 1900, and by 1905 the first rides had opened to the public. At the beginning, there were only a few but the park’s success meant that the construction of new rides soon followed. The arrival of the SEAT 600 automobile in the late 1950s and early 1960s is said to have significantly impacted the park’s popularity, as many residents of Barcelona discovered for the first time the freedom to leave the city during weekends. By the 1990s the park’s future was looking uncertain, and financial insolvency and scandal meant that eventually the park was acquired by the Chupa Chups company before passing into the hands of the local council of Barcelona.

The oldest ride still in operation today is the ‘Magatzem de les Bruixes i els Bruixots‘ or ‘The Witches and Wizzards Store,’ the original structure of which dates back to 1915 (although it has undergone renovation since then). One of the many attractions at the park is the Museum of Automatons, in which the oldest automaton was built in 1880. In 1957 Walt Disney offered to buy the museum’s entire collection for whatever price was named, but the museum refused. Today the park remains an iconic Barcelona landmark and holds a special place in the hearts of many of its residents.