How to Drink Vermouth Like a Local in Barcelona 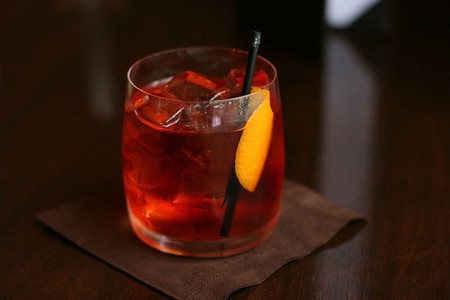 Negroni is a popular cocktail made with vermouth | © Geoff Peters / WikiCommons

It may sound like something your grandmother would order but, here in Barcelona, vermouth is very much the in thing. Having enjoyed a veritable revival across much of Catalonia and parts of Spain, here’s what you need to know to drink vermouth just like a local when you’re in Barcelona.

What the heck is vermouth?

The first thing to know about vermouth is that it’s a fortified wine, meaning that every day red or white wine is made stronger by the addition of alcohol such as brandy or eau-de-vie. Vermouth is then also aromatized with the addition of herbs and other botanicals. In fact, vermouth was originally used for its so-called medicinal virtues, believed to help remedy stomach disorders and intestinal parasites.

However, it didn’t take people long to realize that vermouth was actually a rather tasty drink, and by the 18th century cafés in France and Italy were serving vermouth as an aperitif. With the advent of cocktails in the 19th century, vermouth gained new popularity as an ingredient in some of the oldest and most long-lasting cocktails, such as the Manhattan and Martini. Characters such as Ernest Hemingway and Humphrey Bogart helped give vermouth a good reputation and yet its popularity waned in England and the US during the second half of the 20th century. 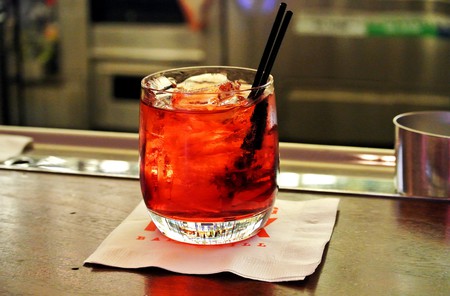 A negroni is a cocktail made with vermouth rosso | © mariobonifacio / Flickr

In Spain, vermouth was imported from Italy in the early 19th century and, by the mid-19th century, a number of factories had begun local production in Catalonia. The town of Reus rapidly became the number one Spanish producer of vermouth, with some thirty businesses operating from there in the 20th century.

How should I drink it?

Here in Catalonia, vermouth is an essentially sociable drink and ir de vermuteo, or “to go for a vermouth,” has become synonymous to catching up with friends and family. The perfect time to meet for a vermouth is midday and it’s usually the first drink of the day, still very much enjoyed as an aperitif. This is when you’ll find groups of friends gathering in the local tapas bar or bodega for a so-called vermuteo. 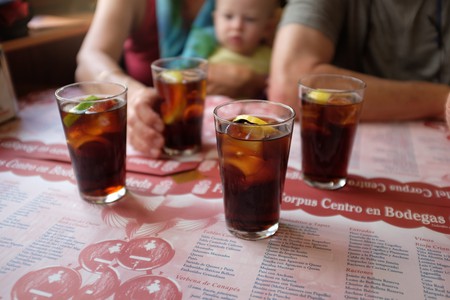 This social event usually entails a bottle of vermouth served alongside a selection of snacks, such as olives, potato crisps with Espinaler sauce (a local condiment made with vinegar and spices), white anchovies or boquerones, tinned seafood, such as cockles or mussels in escabeche sauce, and, of course, some pan con tomate, or bread rubbed with tomato and olive oil.

Vermouth is usually served in very small glasses or tumblers, with a large ice cube, a slice of orange and olive—sometimes stuffed with an anchovy. Alongside the vermouth, the bar staff will generally offer you a sifón, or bottle of carbonated water, which you may choose to top up your vermouth with. This, however, is by no means an obligation and many if not most people drink vermouth neat. Vermouth is generally between 16% and 18% ABV, so not as strong as drinking neat vodka or whisky for example, not even as strong as most limoncello. 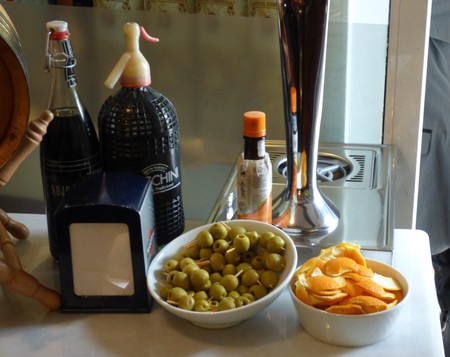 The ingredients to prepare a vermouth | © michael clarke stuff / Flickr

Where should I drink it in Barcelona?

Some of the best places to drink vermouth in Barcelona are the old bodegas, which never paid much attention to its going out of fashion in the first place. Neighborhoods such as Sants, Sant Antoni and Gràcia are good places to start, as these are residential areas with a history of lively social life.

In Gràcia, the Bar Bodega Quimet is a traditional bodega that was taken over by two brothers who sought to preserve all its original charisma, from the large barrels of vermouth on the wall to the old, wooden ice-box. Located just round the corner from the Mercat de la Llibertat, this is a great place to have a vermouth on a Saturday, just as the market closes for lunch. 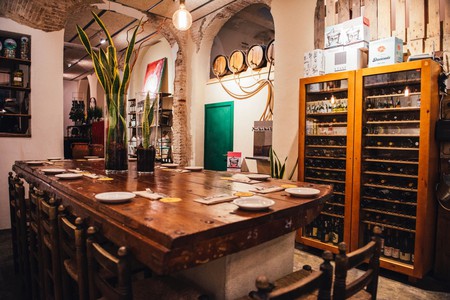 In Sants, the Bodega Montferry is a tiny locale with just a couple of tables and a bar the length of the room. Famous for their warm sandwiches, which make the perfect mid-morning snack, locally known as almuerzo. Friday lunchtimes tend to draw a local crowd, as office workers enjoy a swift drink ahead of the weekend.

Finally, over in Sant Antoni you’ll find both traditional bodegas and modern brunch spots serving vermouth. The oh-so-hip Parlament Street is lined with cozy cafés and trendy eateries that will delight your Instagram feed. The Sortidors del Parlament is a large bodega and tapas bar, blending both the old and the new, and is one of the best spots in the area to enjoy a vermouth on the weekends, when the street is at its busiest.