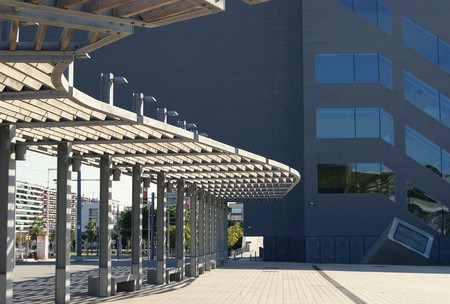 Open since 2014, the Barcelona Design Museum is the city’s premier museum and research centre for design, fashion and decorative arts. Located on the Plaça de les Glòries by the up-and-coming neighbourhood of Poblenou, the museum has a rich program of exhibitions and events throughout the year and is helping to establish Barcelona as a European design capital.

As a city with a rich history of architecture and decorative arts, Barcelona had been home to a number of specialist museums since the early 20th century. However, back in the early 2000s, plans were drafted to merge the Museu de les Arts Decoratives, the Museu Tèxtil i d’Indumentària, the Cabinet of Graphic Arts and the Casa Bloc Apartment Museum under one institution: the Barcelona Design Museum.

The vision for this new institution was to bring under one roof the many and diverse collections relating to the world of design in Barcelona. At the same time the centre was conceived of as not just a museum but also a laboratory, with the goal of furthering the public’s understanding of the role and influence of design on society. 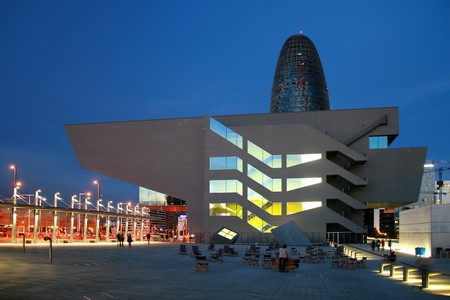 There are over 70,000 objects in the museum’s permanent collection, which consists of both historic and modern artefacts, some dating as far back as the 4th century, while others belong to the 20th century. Together they retrace the history of design and decorative arts in the region and make the connection between the city’s past and present. The pieces on display include ceramics, enamel, jewellery, wallpaper, textiles, glassware, graphic design and more.

The museum is housed within the DHUB building, a custom-designed two-floor building located on the recently redesigned Plaça de les Glòries, just besides Barcelona’s iconic Torre Agbar and at the entrance of the Poblenou district. The museum’s construction in that location can be understood within the context of a wider urban renewal effort that has taken place in that area, the former industrial heart of the city. 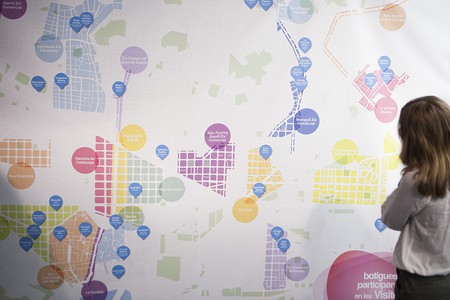 An interactive exhibition at the museum | © Ajuntament Barcelona

Since its opening, the museum has hosted a number of temporary exhibitions highlighting both historic collections – such as an exhibition dedicated to 16th-century Turkish ceramics – as well as more contemporary subjects, such as 3D printing or modern fashion photography.

In addition, the museum also harbours a documentation centre that offers access to vast repertory of books, magazines, journals and catalogues from around the world. These include both some of the most established literature from the world of graphic, industrial and fashion design, as well as historic documents that were in the archives of the preexisting museums in Barcelona. 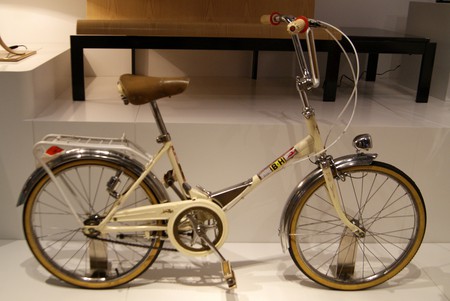 A BH bicycle on display at the museum | © Teresa Grau Ros

The Barcelona Design Museum is open to the public Tuesday to Sunday, from 10am to 8pm. Access is free of charge on Sunday after 3pm and all day on the first Sunday of each month.