8 Films To Make You Fall for Barcelona 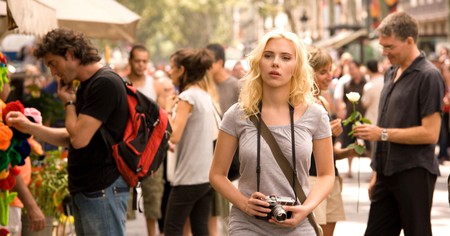 Barcelona has a beautiful veneer of Gothic and Modernist architecture perched alongside the Mediterranean Sea, but the city also has a gritty underside less often seen by tourists. One of the best ways to get a peek at the true nature of the city is to watch these eight films that explore numerous corners of Barcelona and the idiosyncratic aspects of Catalan culture.

Alejandro González Iñárritu’s Biutiful is a harrowing drama about a career criminal (Javier Bardem) whose life is spiralling out of control. The realism of the handheld camerawork feels relentless but gives you a sense of the energy bursting out of the city. Scenes were shot in the municipality of Santa Coloma de Gramenet, the coastal region of Badalona, and El Raval, a neighbourhood known for its vibrant nightlife.

Cédric Klapisch’s comedy centres on Xavier, a twentysomething French student who leaves his life and girlfriend to study in Barcelona for a year. It is filled with the typical kinds of experiences one encounters while living abroad, and it bursts with images of many familiar Barcelona landmarks. The trailer’s claim that “no one speaks the same language, but everyone understands you” rings true.

Starring the irresistible ensemble of Javier Bardem, Scarlett Johansson, Penélope Cruz and Rebecca Hall, Woody Allen’s enchanting drama centres on two American women summering in Barcelona and the relationships they forge with two parted lovers. It features major landmarks, late-night restaurants and evenings spent sipping wine on terraces to the sounds of Spanish guitar. It might not be the Barcelona the locals know, but a little escapism is always welcome. For many first-time visitors to Barcelona, this is the vision of the city they want to experience.

Jaume Balagueró’s horror franchise has experienced highs and lows, but the first instalment terrified zombie fanatics everywhere. Featuring grainy handheld camerawork and shot in the Eixample district, [REC] is the story of a night-time TV reporter and her cameraman who take what they think is an innocuous call from a woman trapped in her apartment. The film might not exactly capture the beauty of the city, unless you have very particular tastes, but the first half at least does give you a glimpse of what living in the suburbs of the sprawling metropolis is actually like.

This Pedro Almodóvar film follows a handful of dysfunctional characters in Barcelona who are forced to confront their demons. As the protagonist, Manuela (Cecilia Roth), travels into Barcelona through a train tunnel, we see the mass of glimmering lights ahead of her. She passes by familiar sites such as the Sagrada Familia before coming into the seedier part of Barcelona. However, such polarities are precisely what makes the city so exciting.

Ken Loach’s film recounts the experience of an idealistic young Liverpudlian Communist (Ian Hart) who travels to Barcelona to fight against the Fascists during the Spanish Civil War. It is cut from the same cloth as George Orwell’s memoir Homage to Catalonia. The most discussed scene is the collectivisation debate involving members of the Marxist POUM militia and local farmers.

Whit Stillman’s film is about Barcelona during the 1980s when Cold War tensions were still imprinted on the consciousness of Americans and Europeans alike. Like Allen, Stillman makes contrasts between American and Spanish culture, and the result this time is not a steamy ménage à trois but instead a likeable comedy of manners. The film is full of snappy dialogue and is based on Stillman’s own experiences in the city.

This Philippine drama shows what it’s like to view Barcelona as an “outsider”, throwing two characters together in the city as a romantic plot plays out. The story itself is quite predictable, although the film did win a number of awards back home at the Filipino Academy. But what makes it work so well is the joy seen in the characters as they grow to love Barcelona (and each other) after initial reservations. Barcelona: A Love Untold boasts a great sense of wonderment at the city, especially the art and architecture.