What to Do in Berlin's Trendy, Multicultural Kreuzberg District 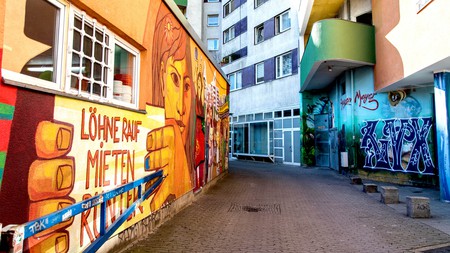 Kreuzberg is among Berlin’s most multicultural neighbourhoods. A perfect blend of hipster cafés and urban grit, Kreuzberg offers a wealth of activities, whether you’re after third-wave coffee and a sumptuous Turkish meal or would like to learn more about Berlin’s history.

Once West Berlin’s poorest area, Kreuzberg became a hotspot for counterculture after the Berlin Wall came down, and now boasts countless museums and galleries, as well as many of the city’s trendiest cafés and restaurants. Thanks to its diversity, Kreuzberg is something of a microcosm of Berlin itself, and it’s the perfect Kiez (neighbourhood) in which to begin discovering the German capital. Due to the large Turkish community, here you’ll find authentic eateries serving up gözleme (flatbread) and köfte (meatballs).

Stroll down the banks of the Landwehrkanal

Running through Kreuzberg is the picturesque Landwehrkanal. The canal’s leafy banks are bustling with cafés, shops and restaurants, with its southern side, Maybachufer, a particularly vibrant stretch. Running on Tuesdays and Fridays, Maybachufer’s ever-popular Turkish market gives visitors a taste of Istanbul, with vendors selling everything from fresh produce to homewares to street food. Every third Sunday of the month, the Nowkölln Flowmarkt takes over the area. This relatively new flea market, selling vinyl, art and antiques, is a favourite with the city’s hipster population. Those with a sweet tooth should plan to stop off at Brammibal’s, a vegan bakery specialising in handmade doughnuts. 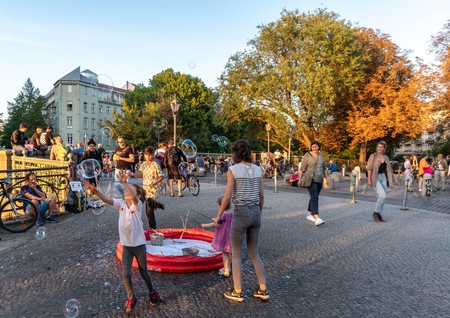 Try some of the city’s best third-wave coffee

Fans of third-wave (speciality) coffee are spoilt for choice in Kreuzberg. Many of Berlin’s top roasteries are based in this district, often serving their coffee in cafés that are the perfect embodiment of the city’s dominant aesthetic, with minimalist furniture, airy rooms and plentiful greenery. Among the best are café and roastery Five Elephant (grab a slice of their elusive cheesecake if it’s available when you visit) and the tiny Concierge Coffee, which is hidden away in an old gatekeeper’s room within an arched doorway. Espresso experts Companion Coffee and Bonanza are also top picks. While Mitte is certainly Berlin’s main district when it comes to museums and galleries, Kreuzberg is also home to many significant cultural venues. The largest of its kind in Europe, the Jewish Museum explores Jewish culture and history in Germany and Europe, and is noteworthy for its architecture: the complex is made up of the Baroque Kollegienhaus and a Deconstructivist-style building by acclaimed architect Daniel Libeskind. Willy-Brandt-Haus frequently hosts free exhibitions with a focus on photography, while the Berlinische Galerie centres on modern art, photography and architecture. Martin-Gropius-Bau offers an unusual combination of large-scale contemporary arts and archaeological exhibitions. To refuel during a tour of Kreuzberg’s museums, enjoy contemporary Jewish cuisine at Martin-Gropius-Bau’s Beba café and restaurant. 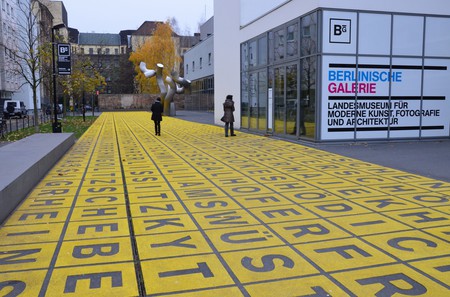 Have some authentic Turkish food

Kreuzberg has many diverse restaurants and street-food vendors, but is particularly famed for its Turkish cuisine. Mustafa’s Gemüse Kebab is far from a well-kept secret, but their doner is absolutely worth the wait (pro tip: go very early or very late to avoid the longest queues), while meat lovers will be in heaven at Hasir and Adana Grillhaus. Partygoers are among the most devoted fans of Gel Gör, a 24/7 eatery specialising in kofta sandwiches. For the ultimate late-night snack, try a Tecno im Baguette, a kofta, halloumi, yoghurt, onion and herb sandwich invented to cater to techno lovers who, after a long night of partying, couldn’t decide what to order. Vegetarians will appreciate Heimweh, a low-key bistro serving fully loaded kumpir (a decadent Turkish version of a baked potato). 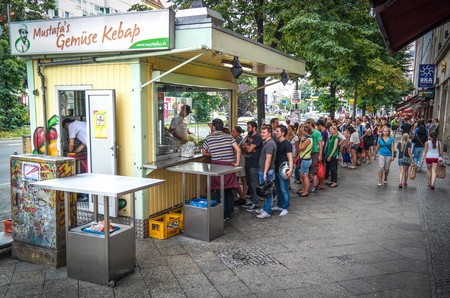 Currywurst is on the must-try list for most visitors to Berlin, but why not combine this classic dish with discovering Berlin’s LGBTQ scene? Queer bar, restaurant and cultural venue Südblock is the perfect place to do both: it offers both a large outdoor space and a cosy indoor area filled with mesmerising disco balls, and serves delicious, filling and affordable food. Südblock regularly hosts cultural events that bring artists, writers, activists and intellectuals together to explore topics such as the queer internet and multiculturalism. In 2015, the former St Agnes church and community centre was restored and turned into an art gallery run by art dealer Johann König. Known for its striking Brutalist architecture, this building now hosts large-scale exhibitions by emerging contemporary artists. This type of space is very typical of Berlin – a daring city that constantly blurs the line between old and new and challenges tradition and expectations. 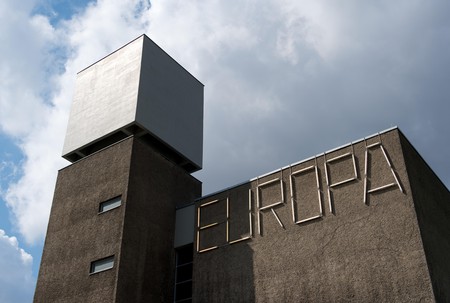 Eat your way around the world at Markthalle Neun

Street food has been among the principal vehicles of Berlin’s recent culinary revolution, and the historic Markthalle Neun is perhaps the best example of this phenomenon. On Tuesdays, Fridays and Saturdays, a traditional weekly market takes place – featuring Italian bakery Sironi, fresh fish, craft beer and homemade pasta – while the iconic Street Food Thursday event gathers a hungry crowd eager to try some of the city’s best international food. Sundays play host to regular themed events, such as the unmissable Breakfast Market. 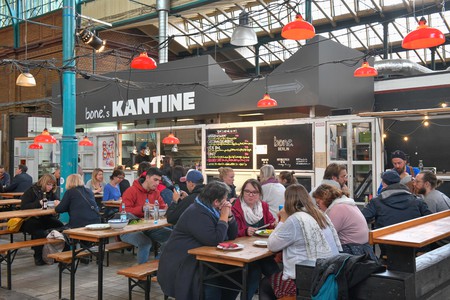 Catch the sun on Admiralbrücke

As soon as the sun comes out, young Berliners flock to Admiralbrücke – one of the bridges on the picturesque Landwehrkanal – to enjoy drinks with their friends and informal open-air concerts by the local musicians who set up shop there. Settle down for an evening in the sun with a beer purchased from one of the nearby Spätis (late-night stores or kiosks), and a pizza from Il Casolare. If you’re looking for somewhere greener to relax, head to Kreuzberg’s Görlitzer Park – a haven for sunbathers and frisbee players – or admire the artificial waterfall in Viktoriapark. 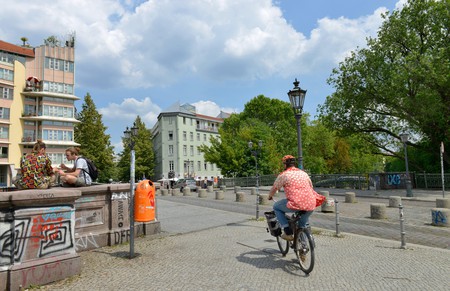 The busy Kottbusser Tor (also known as Kotti) area might not, at first glance, seem like a nightlife hotspot, but look closely and you’ll find many hidden venues. For casual drinks, make a beeline for hipster bar Multilayerladen – complete with rope swings – or try to get a spot at Möbel-Olfe, a legendary queer bar that serves cheap beer and Polish vodka. Head to Fahimi for cocktails with a view or dance the night away at Paloma, an intimate club featuring up-and-coming DJs. 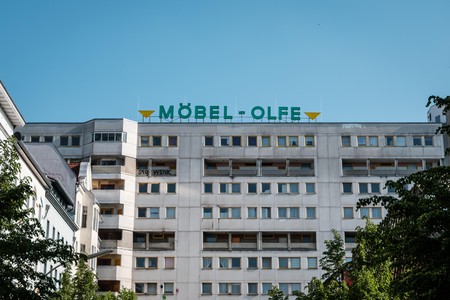 This article is an updated version of a story created by Alice Dundon.