The 9 Coolest Neighbourhoods in Berlin 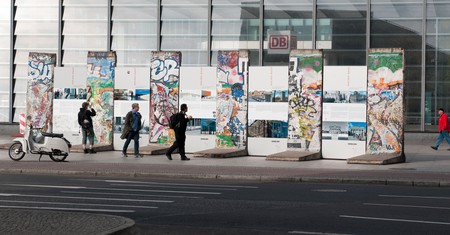 With 24-hour nightlife, a thriving cultural scene and a complex history, Berlin is a city in constant flux. Each with a unique character, Berlin’s various neighbourhoods give the German capital its dynamic and cosmopolitan vibe.

Berlin is made up of an eclectic mix of districts. From history-rich Mitte to the hipster heaven that is Kreuzberg and laid-back Treptow, each of the city’s neighbourhoods offers something different to the curious urban explorer.

Traditionally, Friedrichshain was the epicentre of Berlin’s counter-cultural activity, with huge riots between squatters and police taking place after the fall of the Berlin Wall in 1989. While stylish cafés and boutiques have largely replaced the squats, Friedrichshain still boasts some important alternative venues, including the world-famous techno club Berghain and the RAW complex – a collection of industrial art spaces and music venues.

Boxhagener Platz hosts a street food market on Saturdays, and on Sundays, you can score a bargain or antique at one of the best flea markets in the city. The square is also possibly the best area for vegan dining, with 1990 Vegan Living, Chay Village and Vöner worth a try.

The Friedrichshain area also has a variety of DIY cinemas and outdoor screening venues, like B-ware Ladenkino and Durchsfenster. The latter is a secret cinema, whose name means “through the window cinema”; indeed, you’ll need to climb through a window on the ground floor to visit. 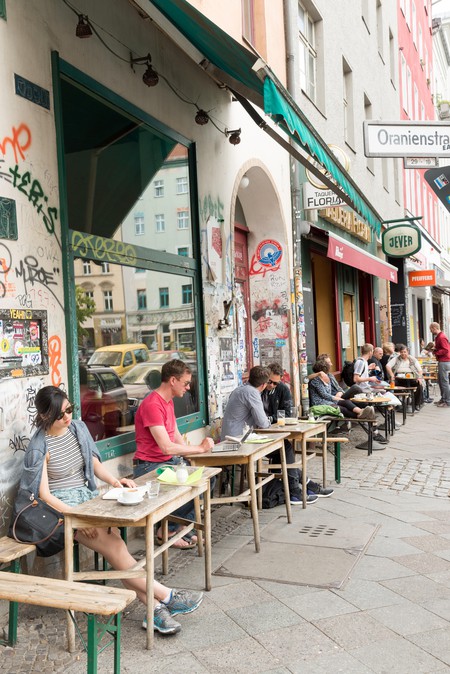 Kreuzberg was once the centre of West Berlin Punk, with historic squats like Kopi and SO36 club still standing despite clashes with the authorities. Today, Kreuzberg still embraces its non-conformist past but also finds itself at the centre of Berlin’s rising hipster scene of creative start-ups and digital media.

Most bars in the area stay open until the early morning hours, and it only takes a quick stroll down Oranienstrasse to stumble across a watering hole. Also, there are still plenty of cheap fast-food joints in the area, but for foodies, Paul-Linke Ufer offers some of Kreuzberg’s top restaurants and coffee shops, including Zola for pizza or modern Mexican cuisine at La Lucha. The indoor Markthalle Neun also boasts a diverse selection of world food pop-ups on Street Food Thursdays. 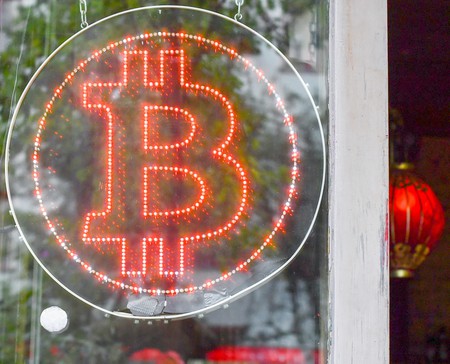 Berlin is fast becoming the European centre of the blockchain scene, and Graefekiez – set within Kreuzberg – is the city’s tech centre, with start-ups setting up shop in the neighbourhood. It’s so tech-friendly that many of the bars in the area even accept Bitcoin and other cryptocurrencies as payment, which seems oddly futuristic for a place that, on the surface, epitomises relaxed bohemian Berlin life with its well-preserved facades and Art Nouveau aesthetic.

Though this neighbourhood has been hit by gentrification, there are still places to soak up the beatnik atmosphere. The most notable of these is Admiral Bridge, a famous meeting point for artists and musicians and a popular local picnic spot once spring is in the air. 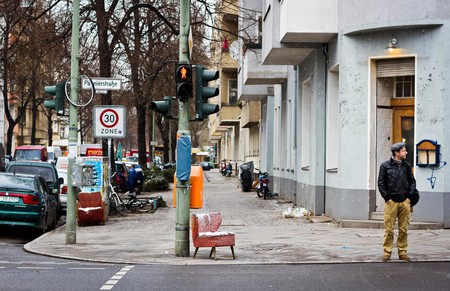 Neukölln has seen a complete transformation in recent years, with the traditionally working-class neighbourhood attracting more artists and immigrants, resulting in the proliferation of bars, cafés, independent galleries and vintage stores. Take a walk from Hermannplatz to Weserstrasse, and you’ll find an array of cool candle-lit bars and independent shops, as well as tattoo studios, creative spaces and arthouse cinemas. Make a beeline for Wolf Kino and Heiner’s Bar, but you’re spoilt for choice with cute bars and cafés in this neighbourhood. 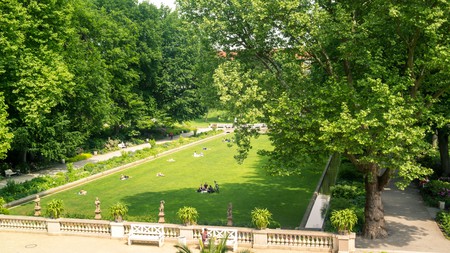 Rixdorf feels like a miniature village tucked away in the heart of urban Neukölln. Dating back to the 18th century when weavers from Bohemia first settled in the area, the cobblestone streets and former farm buildings are a novelty within Berlin. With some much-loved traditional restaurants and cafés in the vicinity, Rixdorf really offers the charm of Germany from another era. Close by is one of Berlin’s most beautiful grassy spots, Körnerpark, where you can relax in a well-maintained garden home to Neo-Baroque statues, cascading fountains and a sweeping stone staircase. For a nightcap, get a tap beer in trendy bar Alter Roter Löwe Rein. 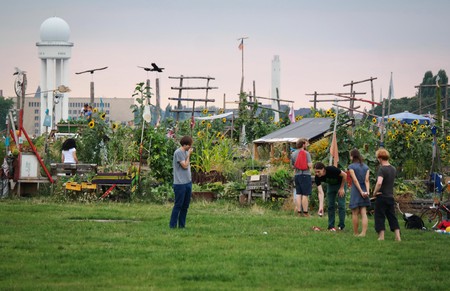 Once an airport, Tempelhofer Feld is now one of Berlin’s most beloved parks | © Peter Delius / Alamy Stock Photo

Stroll down Schillerpromenade at the western border of Neukölln, and you’ll discover this micro-kiez (micro-neighbourhood). A lively area full of cafés and bars, kneipes (traditional German pubs) and modern bistros, Schillerkiez is also an ideal spot to scope out a weekend brunch – Selig.Berlin is excellent for breakfast treats.

Schillerkiez is still on the grittier end of gentrification, though it is growing in popularity. Offering easy access to Tempelhofer Feld – the abandoned airport-turned-community garden where you can have a barbecue, people-watch and observe epic sunsets – it’s only a short walk away from Volkspark Hasenheide, which hosts an annual funfair in May and offers open-air cinema screenings in the summer. 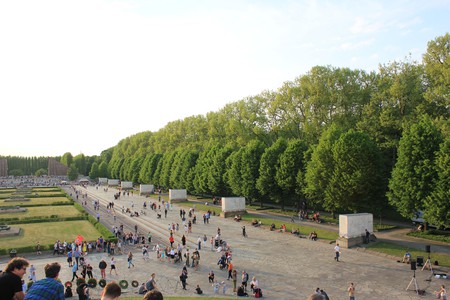 Next to the bustling Neukölln is the quieter, greener Treptow. Here is a great place to experience nature as it’s home to both Planterwald and Treptower Park, where the Soviet War Memorial stands as an impressive monument to anti-fascism. Home to an industrial complex boasting a host of eclectic underground music spaces and clubs, Treptow’s Ziegrastrasse is quickly becoming one of the most interesting spots for Berlin nightlife, with Griessmuehle, a popular techno warehouse, only a two-minute walk away. 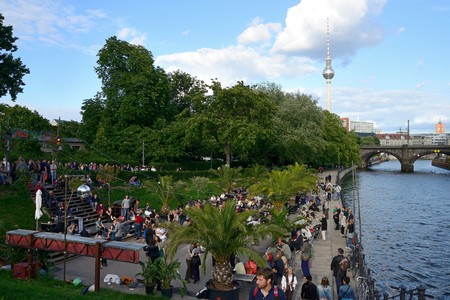 Don’t let the fact that Mitte (the “middle”) is frequented mostly by tourists put you off – the centre is a necessary stop for anyone travelling to Berlin. Once the heart of East Berlin, the area now boasts some of the city’s most renowned art galleries and cultural institutions. Auguststrasse is every art lover’s first point of call, and the surrounding streets offer a diverse range of traditional and modern eateries. Likewise, Museum Island is an unmissable stop for those interested in history and antiquity and is within walking distance of the historic Reichstag. Check out KW Institute for Contemporary Art, and grab a tuna burger at nearby Japanese-inspired eatery Shiso Burger. 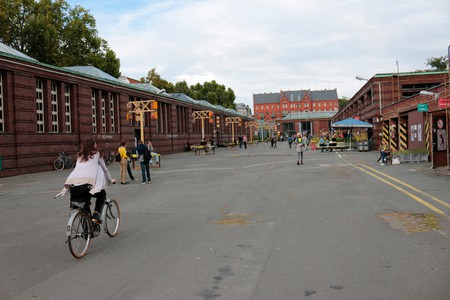 Wedding, Berlin, is an up-and-coming neighbourhood | © 360b / Alamy Stock Photo

In the northwestern part of Berlin is Wedding, which many have speculated will become the hub for the new wave of artists and other creative types entering the city. Despite not having “made it” yet, there are a few little-known gems in the area, such as recently opened Silent Green KulturQuartier, which hosts an array of moving image events and illustration conferences and champions various underground arts initiatives.

The quiet secrecy of Wedding is part of its charm and makes it well worth a visit. Be sure to check out Berliner Unterwelten – a subterranean museum exploring the city’s underground history, with a focus on World War II air-raid shelters and tunnels – and the stunning 70-hectare Rehberge Park.

This article is an updated version of a story created by Megan King.