The Top 10 Commandments For Visiting Berlin

Berlin, as with any big city, has its own rules and its own trends. Exciting, alternative and underground, Berlin is also a complicated city where social behaviors have codes to be respected. Here we list the 10 things you should know before visiting the great and sexy city of Berlin, so you can avoid the uncomfortable situation of being the awkward tourist. 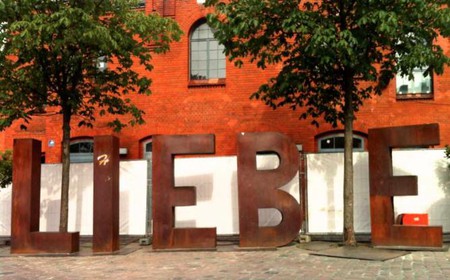 German people are well known to be disciplined. It might be a stereotype but it is certainly true when it comes to traffic lights. Waiting for the light to be green before crossing is one the first and most important rules you must learn when arriving in Berlin. If you come to cross when it’s not your turn you will see many annoyed and disapproving heads turning to your directions, eyes rolling. Don’t judge or think they are uptight, it is what it is and as a tourist it is better to respect the codes rather than risking annoyance or even a jaywalking ticket. So relax and smile at the Ampelmännchen, the East German pedestrian traffic light symbol, and wait for the light to turn green. 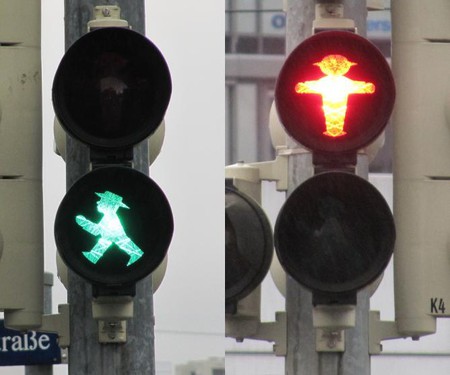 Whether you are English, French, Spanish or Italian, whether your German is good or not, the locals always appreciate tourists who make an effort to speak the language. As Berlin is becoming a very touristic place, it is not difficult to find people who speak English well, so you don’t need to be fluent or to use sign language. But knowing basics words of politeness and conversation is always helpful and will most of the time be rewarded by a friendly attitude and smile. German is still the national language and it is part of the adventure to try out your skills. Danke sehr. 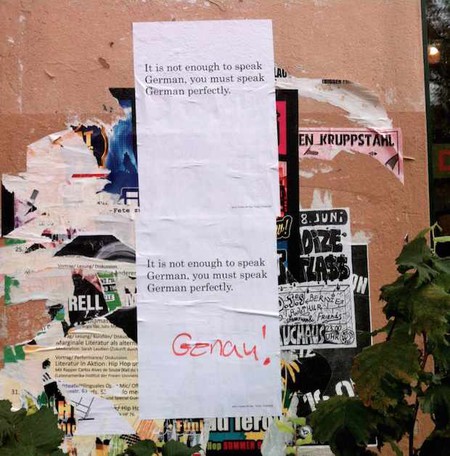 Pay for your subway tickets

Many tourists arriving in Berlin are surprised by the lack of security when entering in the subway. Indeed, in Berlin you only have to buy your ticket, stamp it through the machine and go on the ride. But what if you don’t? Nobody’s there to control if you do actually pay a ticket. Although this is not strictly true: on every line, every day, many workers of the subway railway company visit wagons to check the tickets of the passengers. Beware – they are usually dressed in plain clothes so there can be no escape until too late. Best to buy the subway ticket in advance and avoid any bother. 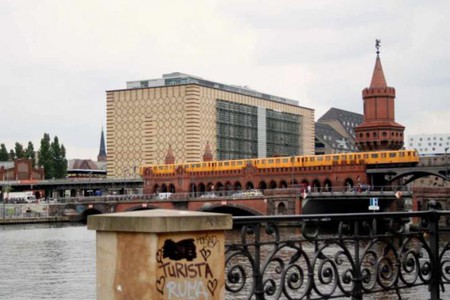 The joy of riding a bike in Berlin is unlimited. First of all, they are really easy to rent for a reasonable price. Second of all, this is the best way to discover the city. Taking the subway is probably the worst idea as you will miss half of the attractions and spend much more money. So if the weather allows you to, rent a lovely bike and make your trip a healthy one. The city has created many bike lanes where you can ride without worrying about cars and without annoying pedestrians on sidewalks. Then again, driving a bike has its own rules. As with driving a car, you have to respect the traffic lights and the pedestrians, just as any other driver on the road. At night, you must turn on your light so to be seen by others. If you are caught by the police not respecting those rule, you will be fined. 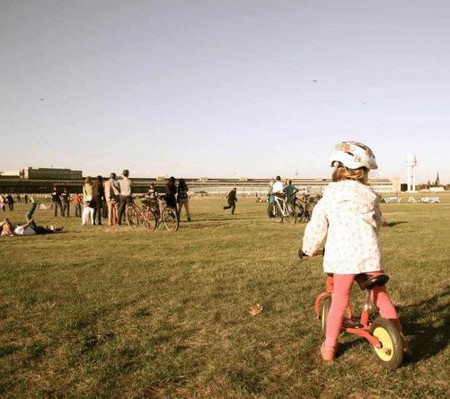 Play foosball, and be prepared to lose

World Champions in 2014, German people are very much into soccer, as much as the French, English or Italians. And even if many other sports are famous in Berlin, we could say that football remains the first, far ahead of hockey on ice or volley-ball. The passion of Berliners for football doesn’t stop at green fields or big screens in bars but goes on to this old and famous game, foosball or Fussball in German. Indeed, a typical Berliner bar has delightful beers, good music, low lightning and a football table in a corner which is most of the time occupied. It is a tradition in Berlin to share the table with strangers; you enter in the game by taking the place of the previous losing team and will stay up until you lose yourself. Trying to keep the table for you and your friends will be taken as rude. In fact, playing with others is actually a great opportunity to meet Berliners and make friends over an enthusiastic game. 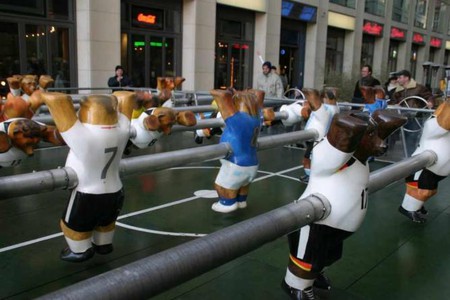 In Berlin, the famous drink is, as shocking as it might sound, not only the beer, but the Club Mate. The Club Mate is a drink made out the plant of the same name, prepared as a cold fizzy tea. It tastes a little strange the first time, lacking sugar, with a strong dry herby scent. So why on earth is it popular? Well, first because it keeps you awake: full of caffeine, Club Mate can get you through the night without any problem. Secondly, because Berliners try to consume products that are good for the planet and for their health. The Club Mate is therefore the perfect alternative for chemical, sugary energy drinks. Very trendy, you will see many people drinking this in the subway, the streets and clubs.

Become a fan of electro music

It is not a secret that Berlin is the capital of electronic music. If time has made London, Istanbul and other cities electro hubs, Berlin remains the queen with the legendary Berghain. Everywhere you go, shops, coffee places, bars, clubs, you might end up listening to a kind of electro music. From minimal, progressive, techno, house, hard tech, dub, Berlin offers a wide choice of electro music avoiding the boring and commercial tunes. Berlin wants to surprise you, to make you dance, to make you feel the beats inside your stomach, and most of the time she succeeds. If you are, unfortunately, not a fan of electro music, it will be a little bit difficult to enjoy a night out. Of course, some clubs offer other kind of music but you have to find them first.

Although sausages and schnitzels remain traditional ingredients in the German cuisine, vegan food has become an exciting new trend in the city. Concerned by hyper-consumerism, environmental damage and the animal cruelty, many Berliners are changing their diet to a vegan one. As vegan has become more and more popular these past few years, many restaurants in Berlin now specialise exclusively in vegan food. Some people might say it’s a temporary trend, a hipster thing that will disappear, but one thing is for certain – it is here now. From soy ice cream to cereals and seeds steaks, you have numerous unique options. Some are surprisingly good and very creative. Don’t worry, Berlin has also plenty other kind of restaurants, from Korean, French, Turkish food. 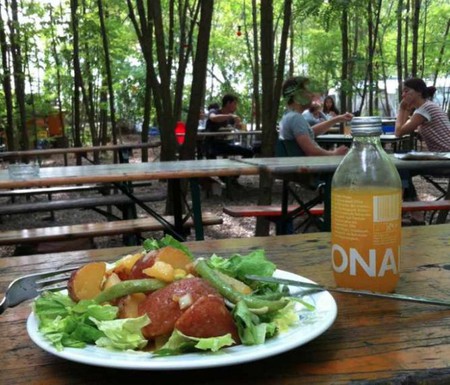 On the same topic of environmental concern and things to know about Berlin, you must know before visiting that recycling is a very big deal. The first thing you have to know is that every supermarket has a recycling machine which gives you back money for every bottle recycled. To know if the bottle can be recycle, check the sticker on it. If there is a bottle with an arrow, it is good to go.Plastic bottles pay back can pay up to 25 cents each, while glass pays a little less. Although it might not seem like much, it adds up very quickly. Furthermore, certain shops selling drinks will make you pay more as they know you can get the money back at the recycling machine, so think twice before throwing your bottle in a trash can.If you want to be generous, you can also leave your bottle under a trash can, in the street or in the subway. You will not be fined; many people do this to helps homeless or poor people to get a little bit of extra money. 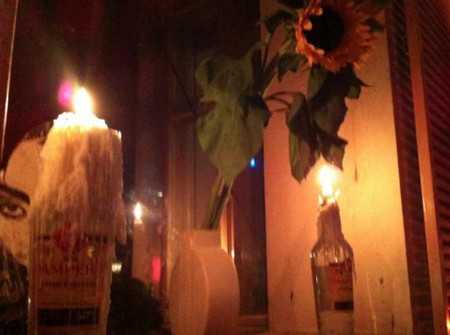 When visiting Berlin, forget about the trends, forget about how to dress, what to eat, or what to do. The most important thing in Berlin is being yourself. Trying too hard to be ‘in’, or to be fashionable and cool isn’t what Berlin is about. This city is a place where you can be yourself without being judged. Berlin is an open-minded city, one of the last free spirits who doesn’t care about your look, embracing all types who bring creativity, originality and authenticity to the city. Traveling is all about discovering and especially discovering more about yourself, and Berlin is the perfect place to do so.