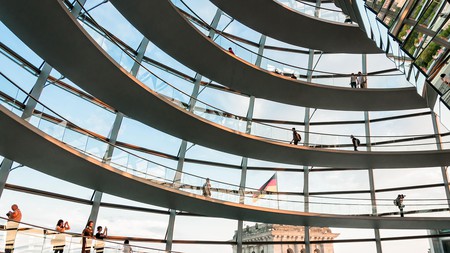 There’s nothing quite like being shown around a new city by a streetwise local guide. To avoid the tourist traps and experience the city like a real Berliner, a few insider tips make a world of difference.

With poignant historical landmarks, world-class clubbing and a thriving arts scene, Berlin has a lot to offer its visitors. When it comes to getting the most out of a trip to Berlin, a little expert knowledge goes a long way – from where to party beyond Berghain to practicalities like carrying cash and navigating public transport. 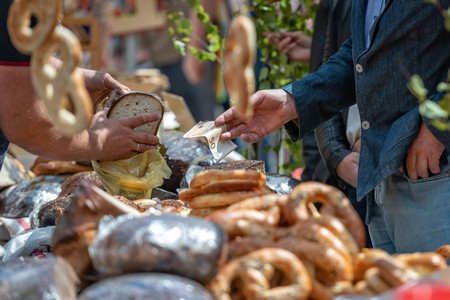 Unlike other major European capitals, Berlin hasn’t quite embraced contactless payment culture – or card payments in general, for that matter. Cash is king here, with the majority of bars, clubs, cafés and even restaurants not accepting card payments. Of course, most major tourist attractions, supermarkets and department stores will let you pay with plastic, but it’s definitely safer to keep a decent amount of money on you for wining and dining. 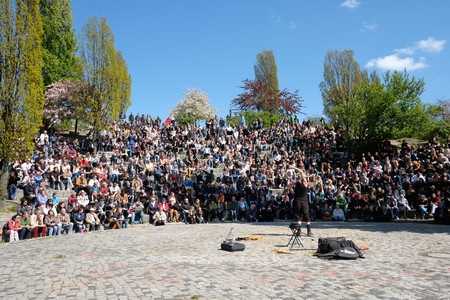 Berlin takes its Sundays pretty seriously. Virtually all shops, supermarkets and even some bars and restaurants close for the day, so check in advance to see if somewhere you want to visit is actually open. However, there are some big advantages to visiting on a Sunday.

Berlin is flea market-central, with plenty taking place on the weekend. Mauerpark is the most famous, due not least to the karaoke sessions that take place while the market is on. Dubliner Joe Hatchiban started the event and has been bringing karaoke to festivals and markets around the world since 2009. He has now, for the most part, settled around Mauerpark.

For something a little more low-key, visit leafy Boxhagener Platz, where you can search for trinkets followed by a hearty brunch at one of the many cafés surrounding the market. Favourites include trendy Australian-style coffee joints Silo and Neumanns; both serve up impeccable flat whites alongside an assortment of sweet and savoury brunch dishes. Both markets tend to rotate vendors, so there will always be something new to discover. 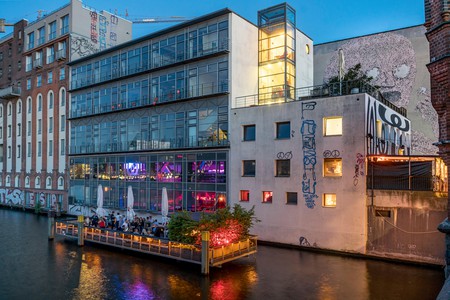 Despite being Europe’s most iconic nightclub, Berghain has managed to retain an element of mystique and allure, partly due to its notoriously strict bouncers and no-camera policy. On Fridays and Saturdays, you can queue for hours only to be turned away for seemingly no reason.

If you’re short on time and would rather spend it partying (and not panicking about bouncers), Berlin is not short of alternative clubbing options. Tresor is a great alternative and similar to Berghain, with a gritty warehouse vibe, but comes with a much more lenient door policy. Despite this, it is still well respected within the electronic music scene and is one of the city’s most iconic venues. Another good option is the techno hotspot Watergate. It makes the most of its prime riverside location with a spacious terrace and floor-to-ceiling windows that boast views of the Spree.

However, if you are determined to at least try braving the Berghain queue, consider visiting during the day (the club is open all weekend long) – the queue will be shorter, and if you manage to get in, the atmosphere inside will be just as wild. 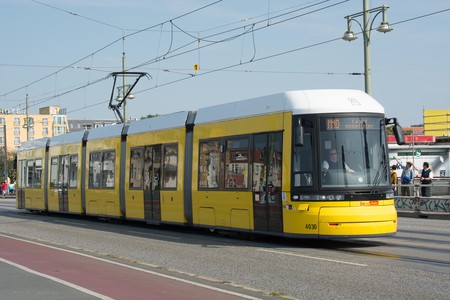 Berlin is a big city, and although at first glance it can seem complicated to get around, the city’s transport system, known as the BVG, is pretty easy to navigate once you get the hang of it. To make things easier, download the BVG app. It will show you which train or bus to catch and has accurate updates regarding delays and cancellations. If you’re planning on visiting several areas of the city in one day, a day-ticket for zones AB is a particularly good value for money.

Another thing to note is that Berlin’s transport system relies on your honesty. There are no ticket barriers at stations, and you need to validate your ticket before getting on the train (with day tickets you only have to do it for the first journey). Be warned, it’s not uncommon for ticket checks to occur, and failure to show a ticket will land you a lofty fine – playing the “I’m a confused tourist” card doesn’t work either. 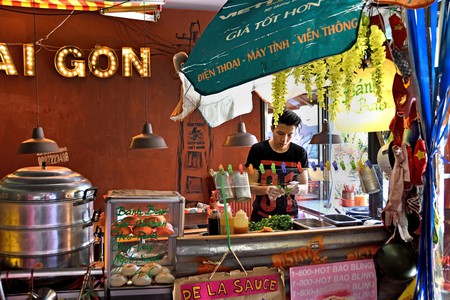 Berlin’s foodie scene has exploded over the past decade, with the city’s culinary repertoire extending far beyond the stereotypical currywurst and sauerkraut. A firm favourite among Berlin’s eclectic gastronomic offerings is its exciting and at times experimental vegetarian scene. You can find vegetarian dishes across the spectrum of dining experiences, including vegan doner kebabs at Vöner and high-end delights at Lucky Leek and Cookies Cream.

Another staple of the Berlin food scene is Vietnamese cuisine. Vietnamese immigration to Germany boomed during the 1980s due to a deal between the East German government and the Communist government of Vietnam. By virtue of this Cold War-era immigration, there are now hundreds of Vietnamese restaurants throughout the city. Local favourites include 1990 Vegan Living, which specialises in tasty small plates, and District Mot, which offers a slightly meatier menu. 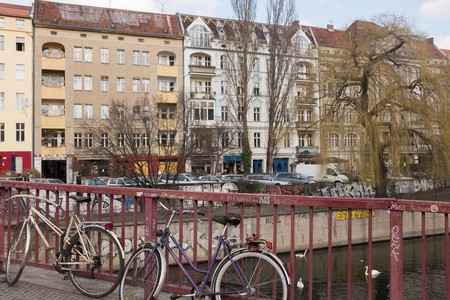 Although Mitte is home to some of Berlin’s most famous landmarks, it’s necessary to visit other surrounding areas to get to know the city better. Not too far off the usual tourist trail are the likes of hipster Kreuzberg, vibrant Friedrichshain and family-friendly Prenzlauer Berg, all of which boast big tourist attractions that are complemented by a relaxed local vibe. But it’s worth heading a little further afield. For example, spend an afternoon in Neukölln, the city’s Turkish neighbourhood. Here you’ll find traditional Turkish sweet shops alongside atmospheric dive bars and exciting modern restaurants. For Turkish flatbread, head to Gözleme on Karl-Marx-Straße, before finishing with something sweet from Yörem Baklava on Hermannstrasse.

See it in summer 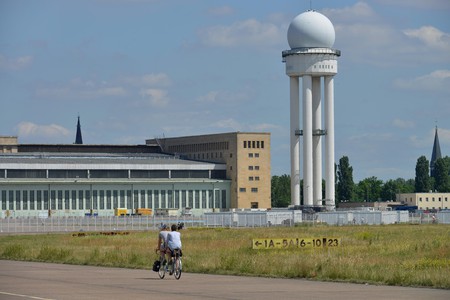 Once an airport, Tempelhofer Feld is now a park | © Bildagentur-online/Schoening / Alamy Stock Photo

While spring has cherry blossoms and winter has quintessential German Christmas markets, Berlin really comes alive in the summer months. Aperol spritz-drinking patrons spill out from bars onto the streets, and riverside and rooftop bars awaken from their winter slumber. If visiting in summer, the best spots to hit are the city parks, which buzz with life. Tempelhofer Feld is a particular favourite due to its unusual location at the city’s former airport. People come here to relax with a beer, barbecue or run laps and cycle around the former runways. Another Berlin summer staple is Klunkerkranich, a quirky rooftop bar with awesome city views. It’s hidden above a shopping centre; to find it, head to Karl-Marx-Straße 66, go through the main entrance of the shopping centre and then take the lift up to the car park. 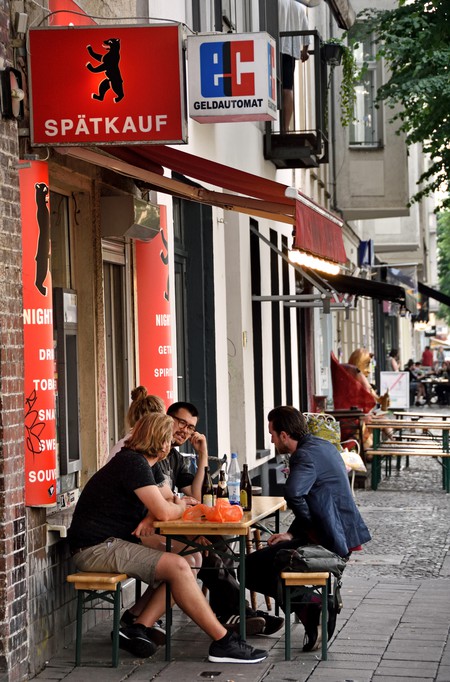 Newsagents, known here as Spätis, are seemingly everywhere in Berlin. And these aren’t your run-of-the-mill corner shops. Go inside, grab a bottle of beer, open it up using the cashier’s bottle opener and grab a seat on the outside benches. It’s typical for Berliners to meet here for a few drinks after work or before hitting a club. And it’s definitely not uncommon for a couple of Späti beers to turn into a full-on night of al fresco drinking.

Swap the TV Tower for the Reichstag 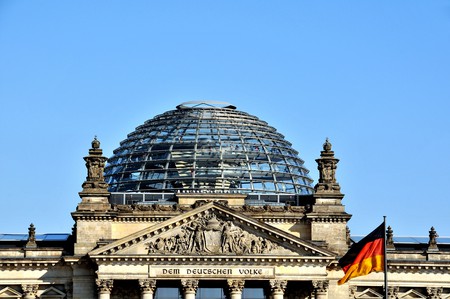 Berliner Fernsehturm, otherwise known as the TV Tower, is Berlin’s most famous landmark. It’s no surprise that many will have it on their must-see list of attractions. A trip to the top of the tower will set you back €16.50 (£14.58). An excellent and more budget-friendly alternative is the Reichstag dome. It’s free to visit when you book online, and tickets come with an audio tour recounting the history of the city and detailing the significance of the surrounding architecture. 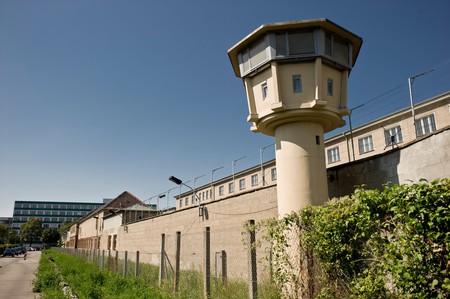 Checkpoint Charlie, the former border crossing between East and West Berlin, is undoubtedly one of the city’s top attractions. To learn more about this point in history, however, don’t end your explorations here. For a comprehensive look into life in the former East Berlin, head to the DDR Museum, where the interactive exhibits include a model version of a typical East Berlin home and an old-school Trabant car that you can virtually drive. More invaluable insight into the period is offered by a visit to Hohenschönhausen, a former Stasi prison where East German dissidents were incarcerated. Tours of the prison are conducted daily and often led by a former prisoner, who will give you a real insight into this fascinating, albeit traumatic time in history.