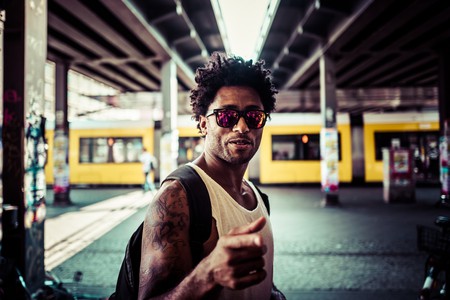 Time to strike up a conversation | © Christian Schirrmacher / Flickr

Berlin is one of the most cosmopolitan cities in the world today, and English is widely understood. However, it is still Germany, and in order to experience the full depth of its character, it’s important to get familiar with the language. From getting around to ordering food and drinks and making friends, here are a few essential phrases that will help you feel at home in Berlin.

This is a formal way of saying ‘hello’ during the day or the evening. When you walk into a café or bar, it’s nice to greet the person working behind the counter with either of these phrases, depending on the time of day.

The informal or casual way to say ‘hello’ in German is Hallo. If you’re feeling particularly friendly when walking around the city, you can say this with a smile to passersby.

This is the more formal version of ‘goodbye’ in German. Literally translated it means, ‘I’ll see you again.’

You will hear this word a lot in Berlin, particularly as groups of friends part. It’s the informal way to say goodbye.

It’s very useful to know how to say yes and no in another language. It’s easy, and shows you’re making an effort.

If you’re meeting some friends in a busy bar, or want to exit the packed U-Bahn (underground train), it’s polite to say Entschuldigung – and it’s fun to say.

Politeness will get you everywhere in a foreign country, so this easy phrase is worth remembering when fumbling with your German in Berlin.

Throwing in Danke while ordering and travelling around Berlin is simple and courteous.

This is a phrase that every English speaker should know when travelling around Berlin. Most Berliners will speak English and will appreciate that you’re making an effort with their notoriously difficult language. 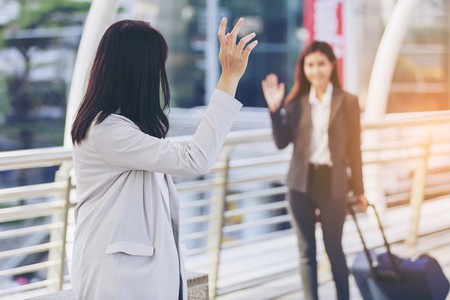 Knowing these simple directions is a great way to help direct your taxi driver when getting around Berlin. It might also pop up when you’re being directed to someone’s apartment, or on your Airbnb instructions.

Wo sind die Toiletten? (vo zint dee toy-let-en) – Where are the bathrooms?

Let’s be honest, this is a pretty helpful phrase to keep in the back of your mind in case you stumble into a Berlin bar, café or shopping mall without any English speakers in sight.

A great basic phrase to commit to memory, ‘Where do I find…?’ will make your travels in the German capital a lot easier.

However, if ‘Where do I find…?’ is a little confusing, you can also use the simpler phrase, ‘Where is…?’

Berliners are a pretty helpful bunch, so if you’re staring woefully at a map and need some help, using this phrase to get the conversation rolling is a great start. 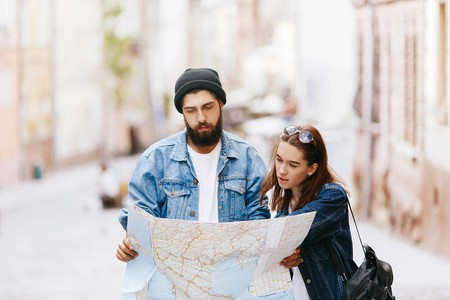 Man and woman look at a map | © IVASHstudio / Shutterstock

At the restaurant or bar

While it is true that most hospitality workers will speak English in Berlin, the menus will almost always be in German, so this is a great phrase to let them know you either need their English menu, or the menu translated.

Ich hätte gern… (ik hetter gern) – I would like…

This is a great phrase to commit to memory, as it is completely interchangeable and will help you ask for anything your heart desires.

Again, this is a great phrase to know and works for a lot of different questions. This can also be asked in the informal ‘du’ German, but that requires some tricky conjugation, and it’s more polite to speak to people in the formal ‘Sie’ German when you first meet them.

Germany is the land of beer, and it’s very likely you’ll be drinking a lot of it while in the capital. So why not ask for the national drink in its mother tongue?

Even if you’ve already established with your waiter that you don’t speak German, it’s nice to have a few handy phrases anyway. So try asking for the bill in German, and remember it’s customary to leave a tip. 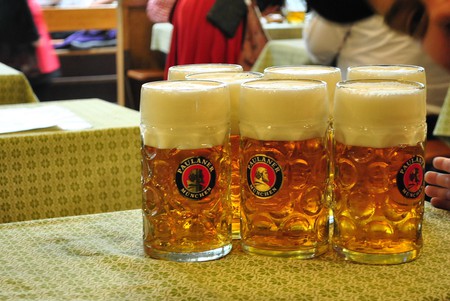 Wie viel kostet das? (vee feelkos-tet das) – How much does that cost?

Berlin is filled with amazing flea markets and street-food markets, and some of the vendors don’t speak a lot of English, so it’s great to know this basic phrase when shopping around the city.

Knowing how to count from zero to ten in German is super-easy and very helpful. Give it a go during your trip to Berlin! 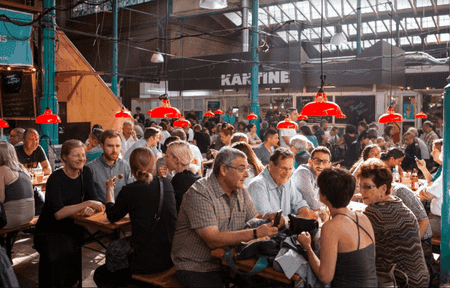 Whether you’ve made a new German friend or you’re having a small chat with the Späti worker, knowing how to introduce yourself is German will really come in handy.

Again, this is a great basic phrase to help you have a conversation with German speakers around the city.

What’s nicer than asking how someone’s day is? It might be the first step to making a new friend in Berlin.

Kann ich deine Nummer haben? (can ik day-ner num-mer hah-ben) – Can I have your number?

Once you’ve put down some of the groundwork and had a chat, why not connect with your new German pal so you can practise some more German?