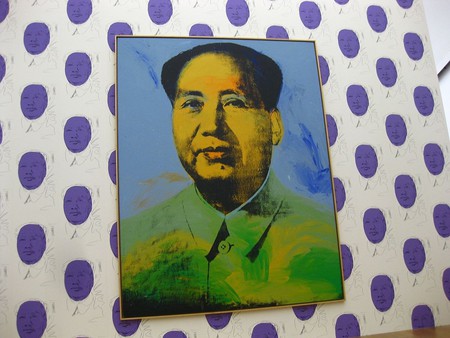 Berlin’s contemporary art spaces push boundaries and delight in equal measure. The city’s galleries and museums span the breadth of aristocratic marvel, architectural splendour, ancient relics and contemporary sensations, and that’s not to mention the city’s vibrant street art. Just about every corner of Berlin is flourishing with art, as creativity and cultural richness continue to burgeon and influence the city. Contemporary art claims a large part of this artistic landscape, so here’s our insider’s guide to discovering the best contemporary art spaces in Berlin. 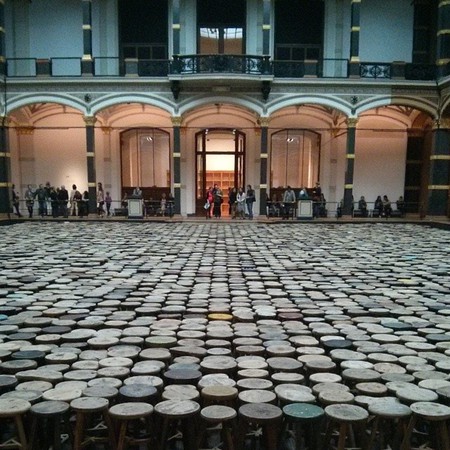 Contemporary Fine Arts, or CFA, is one of the best spots to soak up the world-class contemporary art in Berlin. The gallery is committed to showcasing cutting-edge art, ranging across a plethora of mediums. Previously located in Mitte, the gallery has since relocated to the heart of west Berlin, between Savignyplatz and Kurfürstendamm. From Berlin’s revered painter Jonathan Meese to German sculptor and painter Georg Baselitz, the CFA is committed to displaying thought-provoking, immersive workers. Offering contemporaneity in the former West Berlin, owners Nicole Hackert and Bruno Brunett have built a reputation as trendsetters in the international art scene.

Available only by appointment and guided tour, the Sammlung Boros (Boros Collection), also known as the Boros Bunker, is one of Berlin’s most exclusive art experiences. Integrating mystery, history, and cutting-edge art, the bunker has exhibited work from the like of Olafur Eliasson, Wolfgang Tillmans, and Tracey Emin, just to name a few. Aside from the illustrious art, the bunker itself is a site to behold. Built-in 1942 as a bomb shelter, the building was subsequently used as a prison, a banana storeroom, and as an S&M fetish club. Eventually, the imposing structure found its way into the hands of Christian Boros and his family, who transformed it into the luxurious art gallery it is now. 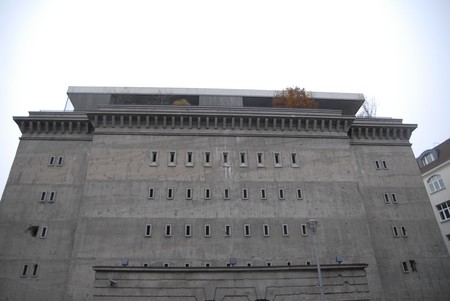 EIGEN + ART was started by Gerd Harry Lybke, one of the most charismatic characters of Berlin’s post-reunification art scene. Both Lybke and the gallery have played an instrumental part in Berlin’s art scene, making stars out of Neo Rauch, Stella Hamberg and Uwe Kowski, to name a few. The gallery, originally from Leipzig, found a second home in Auguststraße in Berlin in 1992, and has since presented contemporary artists in a range of platforms, including media, film, photography, installation, painting and sculpture, as well as conceptual art and performance. EIGEN + ART Lab, a second Berlin branch of the gallery, has also opened a few streets away, with the aim to work together on a long-term basis with established artists. 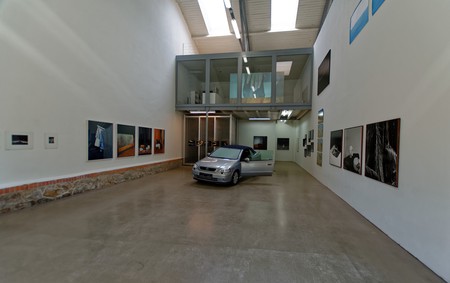 Located on the same street as EIGEN + ART, the KW Institute for Contemporary Art is an essential stop for contemporary art-lovers. Spanning over four floors, with an idyllic courtyard that is often used for openings, the KW Institute has a combined program of workshops, talks, exhibitions and regular art-centric events and performances. Labelled as a collaborative creation space, the KW presents dynamic and vanguard shows from emerging and established artists, as well as organizing the Berlin Biennale. 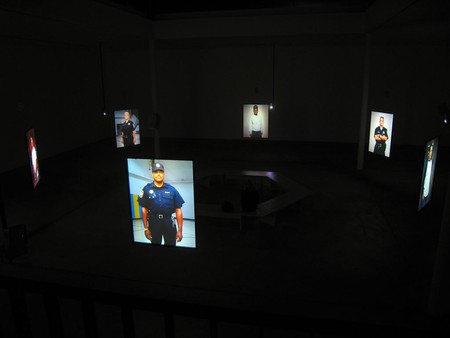 In the avant-garde neighbourhood, Kreuzberg, König Galerie is one of the city’s trendiest art spots and is home to some of the most charismatic young gallery owners in town. Born into an influential family with a long history in the art world, Johann König opened the König Galerie at the tender age of 21. Over a decade later, it has developed into a space that provokes, questions and challenges, drawing in talents like Danish installation artist, Jeppe Hein, and Paris-based Tatiana Trouvé. 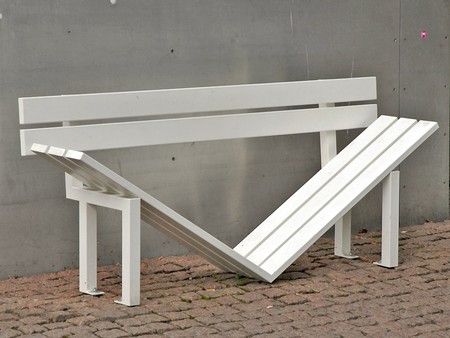 Well-known in the German art scene, Max Hetzler moved from Cologne to Berlin shortly after the fall of the Wall. The move saw Hetzler inaugurating a space in Charlottenburg in 1994, and the following year, a second space opened on Zimmerstraße, near Checkpoint Charlie. His two gallery spaces now reside in the west of Berlin in Charlottenburg. Here, Hetzler presents large-format works and installations, with well-known artists like Mona Hatoum, Jeff Koons, Beatriz Milhazes, and Christopher Wool showing their work alongside pieces by young, emerging artists. 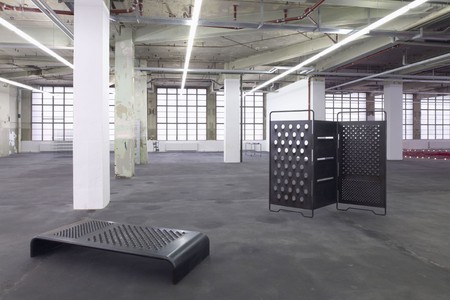 Housed in a Soviet-era Modernist block in former East Berlin, Capitain Petzel is a treasure trove of contemporary art. The restored space sprawls across three floors and hosts a range of exhibitions. It has also become a pilgrimage site for both art collectors and architecture lovers alike. Started in 2008 as a collaborative project between gallerist Gisela Capitain from Cologne and German-born, New York-based, Friedrich Petzel, the gallery exhibits an international range of contemporary artists including John Stezaker and Wade Guyton, as well as Martin Kippenberger and Sarah Morris. 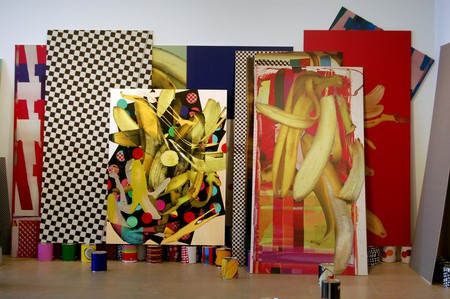 While the Berlinische Galerie is principally a modern art museum, their collection and exhibitions encompass works collected from Berlin dating from 1870 to the present day. Offering both a local and international focus, the gallery has an impressive collection of paintings, graphics, sculptures, and multimedia that provide an interdisciplinary and rich source for creating exciting dialogues. Its outstanding collection includes Dada Berlin, New Objectivity and the Eastern European avant-garde. 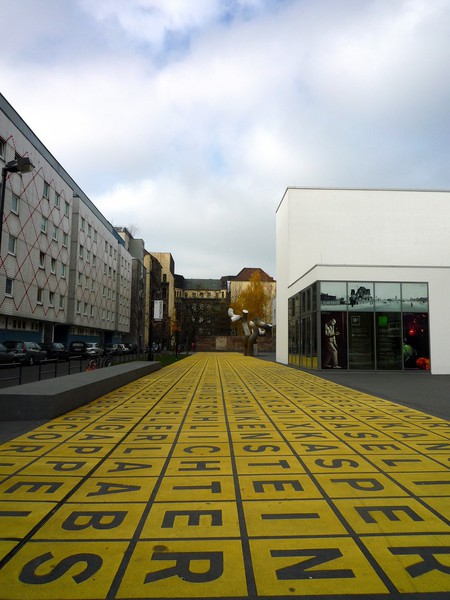 Hamburger Bahnhof is the former train terminal of the Berlin-Hamburg Railway. Located in Moabit, the repurposed space now houses a comprehensive collection of contemporary art as the Museum für Gegenwart, or Museum of the Present. The museum was created after the after Berlin entrepreneur Erich Marx offered his private contemporary art collection to the city. The collection contains large-format works by Paul McCarthy, Jason Rhoades, Rodney Graham, Peter Fischli and David Weiss, and Stan Douglas, including elaborate installations and complex filmic spaces. The impressive space also has guest exhibitions, education and outreach programs and regular events. 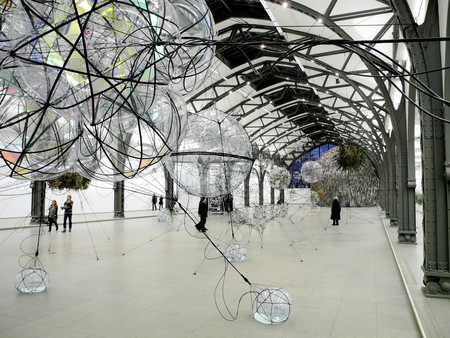 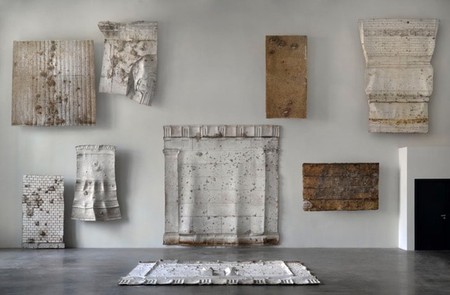