The 10 Berlin Books You Have to Read Before You Die 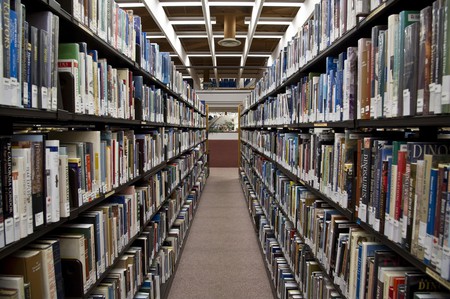 Stacks of books at library | © The City of Toronto/Flickr

Berlin is an ever-evolving, electric city. An epicentre of history for the last century, the German capital has inspired great literature. From cult-classics to fiction favourites or accurate accounts, here are the 10 best Berlin books that you have to read before you die.

Berlin Diaries is a skilful mix of historic accounts and autobiography, from Russian Princess, Marie Vassiltchikov. Marie worked in the German Foreign Office from 1940 to 1944 and the surviving pages of her diary give a unique insight into wartime Germany and life in Berlin during this time. The book has been hailed as the best eye-witness account we have of the bombing of Berlin, and gives a different perspective on World War II, from Berlin and Vienna, rather than Washington or London. Her diary also gives a detailed picture of a part of German society at this time, where the plot to kill Hitler, or the 20th of July Plot was born. 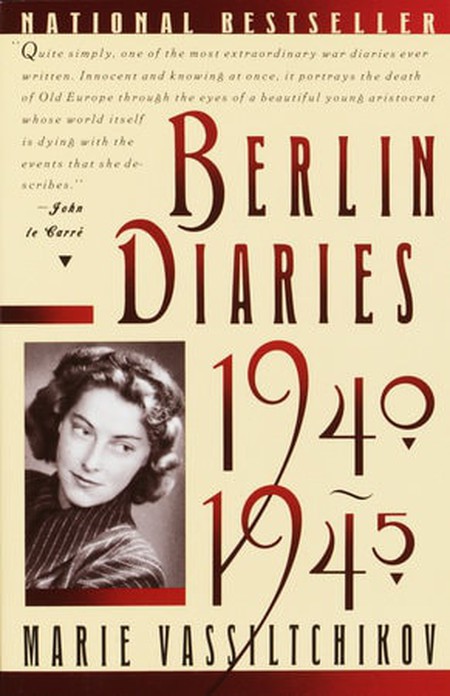 Witty, provocative and apt, Heroes Like Us was the first of many novels to make a comment on the downfall of East Germany. Author, Thomas Brussig had grown up with the Berlin Wall and in 1997 he released his brilliantly penned satire centring on Klaus Uhltzcht, an East German who grows up across the street from the Ministry of State Security. Inspired to do his part to win the Cold War, Klaus joins the Secret Police, the Stasi, but is disheartened when his daring career as an international agent never comes to fruition. Instead, Klaus is forced to spend hours monitoring his neighbourhoods, friends and fellow East Germans. Frustrated and defeated, the fall of the Wall and East Germany in 1989 changes his country, and life, as it also marked the day his penis size is dramatically altered. A weird, wonderful and quirky read, it’s translated well and certainly silences the notion that Germans aren’t funny.

Berlin Syndrome is the gripping psychological thriller from Melanie Joosten delving into the power of obsession. This debut novel from Joosten was also turned into a film last year, which is equally as nail-biting. The novel switches between the perspectives of Clare, a young Australian traveller and her captor, native Berliner Andi. The pair meets at Checkpoint Charlie and what starts as a whirlwind romance, fast becomes a controlling, nightmare. Berlin acts as a backdrop for part of the film and book, giving a contemporary look at the city, however, it’s not a major player in the story. Regardless, this page-turning book is definitely worth a read. 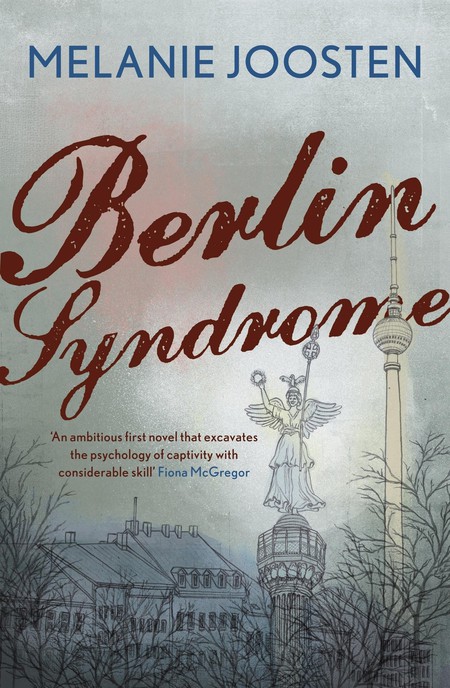 Walking in Berlin by Franz Hessel

A timeless guide to the German capital, Walking in Berlin is a masterpiece. Hessel is an observer, beautifully telling the story of late-1920s Berlin, by tapping into the metropolis of the city in the Weimar era and weaving in the seismic shifts shaking Germany during this time. The book showcases Hessel’s extensive knowledge of the city and many of its stories are centred around elements of Berlin which ring true even today. A delight to read, this novel is a lovely balance of history, culture and sights around Berlin, lending a timeless guide to the vibrant city. 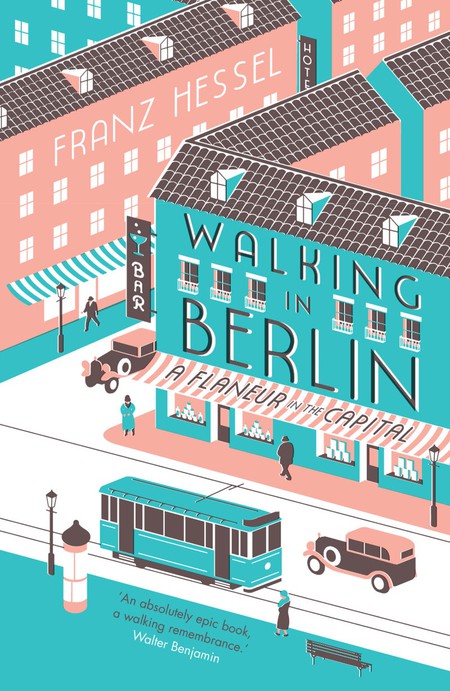 Book of Clouds by Chloe Aridjis

Book of Clouds is a beautifully penned, debut novel about a young Mexican women, Tatiana, who relocates to Berlin. Moving to escape her overbearing family, Tatiana experiences a string of encounters leading her into romance, violence and revelation. The writing is poetic and the plot is dream-like – for readers who love momentum and suspense in their novels, this might not be the book for you. A whimsical story of Berlin, the city shares the role of main character with Tatiana. This unique book offers an insight into characters and tumultuous history that have shaped the capital.

Goodbye to Berlin by Christopher Isherwood

Goodbye to Berlin is a semi-autobiographical novel about Isherwood’s time in 1930s Berlin. Compiled as a collection of linked short stories, this infamous novel, encapsulates the wild, electric city that Berlin was in this era and bids a long, mournful goodbye. Not only to the physical city of Berlin but to an ideology and time that could never be again. Probably one of the most well-known stories of Berlin, it’s beautifully written and a must read for literature buffs. 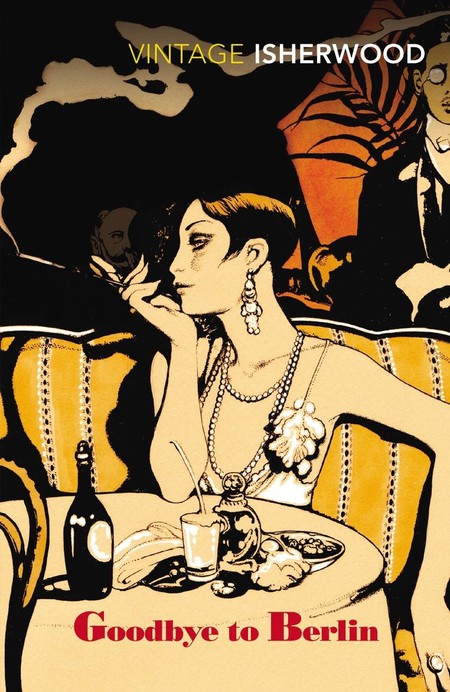 Stasiland: Stories from Behind the Berlin Wall, is Anna Funder’s debut non-fiction masterpiece, that not only peers over the Iron Curtain but immerses its readers in the former East. The novel interweaves stories from people who lived behind the Berlin Wall, offering a very human look at the lives affected by the Cold War and the Stasi. Funder is a sharp, wonderfully unbiased observer whose pursuit to understand this part of history is as interesting and open as the stories she shares. Rich in details and character, it’s an informative yet entertaining read that paints the picture of both East Berlin during the Cold War and the city Funder found herself living in during the late 90s and early 2000s. 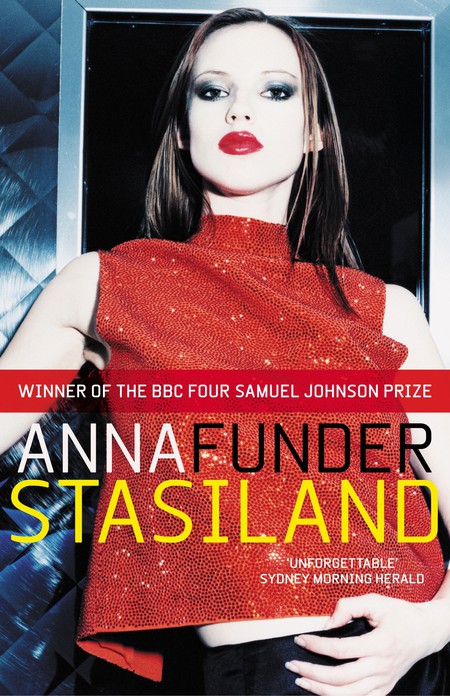 Berlin Blues, also titled Herr Lehmann in German, is a classic tale of modern debauchery. Set in pre-unification Germany, the story follows the care-free lifestyle of almost-30-year-old, Frank Lehmann (Herr Lehmann), a bartender in the notoriously wild neighbourhood, Kreuzberg. Herr Lehmann has successfully pursued fun in all its forms, sidestepping responsibility, but the bartender’s fun is about to come crashing down, due to a series of unforeseen incidents. The novel is a witty read, and details the city, especially Kreuzberg in an accurate, insightful way. In 2003 it was adapted into a film, winning the German Film Prize.

All Souls Day by Cees Nooteboom

All Souls Day follows the fictional story of Arthur Daane, a documentarian and avid traveller, who finds himself in Berlin after losing both his wife and child in a plane crash. Following his story, as he wanders the streets of Berlin, the novel skilfully interweaves the personal history of its character with the history of Berlin. As Daane reflects on his life and plans his ambitious self-funded film that shows the world through his eyes, Berlin provides the perfect backdrop. A journey through grief, Nooteboom’s novel explores art, history and philosophy throughout the text. 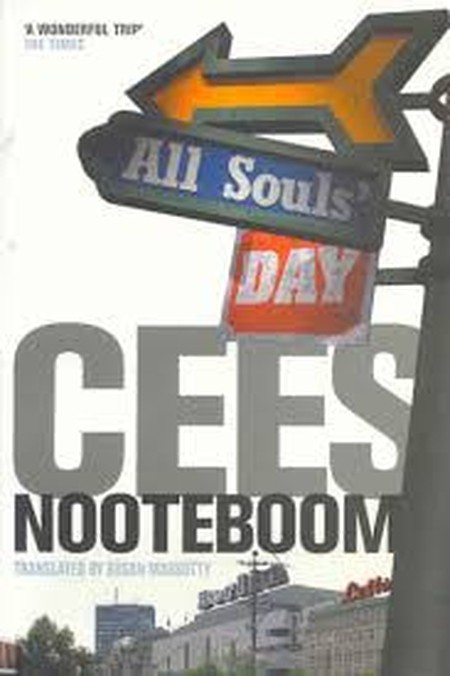 Alone in Berlin by Hans Fallada

Written in 1946, Alone in Berlin by Hans Fallada is a bestselling novel, which was also adapted into a film – it details a working-class couple’s resistance to the Nazi regime. Inspired by a true story, Fallada’s account of Nazi-ruled Berlin is a gripping tale of one couple’s struggle against the oppressive regime. After the loss of their son in battle, the unassuming couple, Otto and Anna Quangel, start a silent, ambitious campaign of defiance, embarking on a deadly game of cat and mouse. A German classic, Alone in Berlin, allows us to peer inside a Germany ravaged by dictators and war and brings us a tale of struggle in the city of Berlin.